War In the North: Pre-order and Collector's Edition Announced 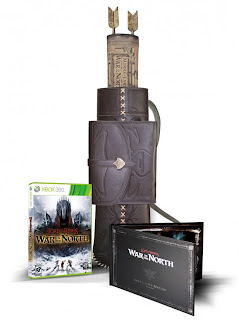 For those of you itching to get your hands on Lord of the Rings: War in the North when it comes out this fall, you may want to consider either pre-ordering your game, or purchasing the collector's edition.

The Lord of the Rings: War in the North Collector's Edition will retail for about $129.99, while the standard version will cost about $59.99 when it hits stores this fall.
Posted: 1:32 AM