'Hobbit' Trailer to Be Attached to 'Tintin' 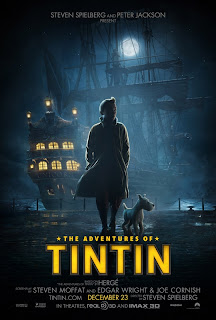 Elijah Wood recently confirmed that the first US trailer for Peter Jackson's The Hobbit will debut before The Adventures of Tintin (which is being produced by Peter Jackson), opening in cinemas on December 21st of this year. And though he knows when the first trailer will be released, he admits he has not yet seen it himself.

He also admitted that returning to New Zealand to work on The Hobbit was like a family reunion.

"So many of the crew and some of the cast who were working on Lord of the Rings are working on The Hobbit as well. In a way it feels like stepping back in time, some of the same people are there on set. It was kind of emotional, I didn't really anticipate that."
Posted: 11:06 AM