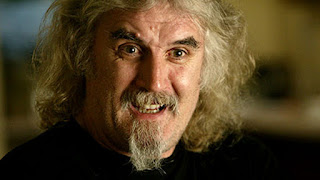 The final character to be cast in Peter Jackson's adaptation of The Hobbit is Dain Ironfoot, who will be played by actor Billy Connolly. Connolly's late casting comes as a result of Dain having a minor role in the film, likely appearing only in the second Hobbit film.

In a statement to Deadline, who first reported on the story, Jackson said:

"We could not think of a more fitting actor to play Dain Ironfoot, the staunchest and toughest of Dwarves, than Billy Connolly, the Big Yin himself. With Billy stepping into this role, the cast of 'The Hobbit' is now complete. We can’t wait to see him on the Battlefield!"

You can catch Billy Connolly in the second Hobbit film, which will be in theatres December 13, 2013.
Posted: 10:33 AM