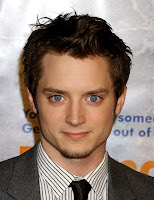 Elijah Wood will be starring in a new film, which has been described as "'Speed' at a piano."

The film, titled "Grand Piano," tells the story of  a once-great concert pianist who has succumbed to crippling stage fright. After a five-year hiatus, he  returns to play at a gala, when he notices a threatening note on his music sheet. Now he must play his best show ever or risk losing not only his own life, but his wife's as well.

Written by Damien Chazelle ("The Last Exorcism 2") and directed by Eugenio Mira ("Buried"), the film will be shot in Spain and Chicago later this summer.
Posted: 1:45 PM