This past weekend was, I believe, the final beta weekend for Guild Wars 2. I received a copy of the game just in time to take part in this event. Where I have little experience in reviewing video games and also didn’t get to play all weekend long as I’d hoped, I’m just going to post some screenshots and share just a few of my thoughts on the game so far. 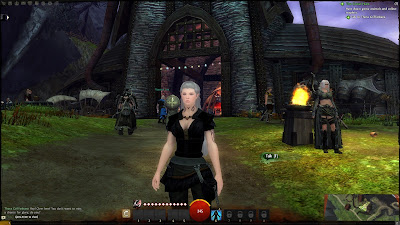 Though there are five races to choose from - Human, Norn, Asura, Charr, and Sylvari - only three were accessible during the beta event (Human, Norn, and Charr). Then, there are eight professions accessible to all races. They are broken down into three categories:

Additionally, you will have to make a few biographical choices for your character to determine their initial personality, which can be affected later in the game by decisions your character makes or the dialogue you choose. Personally, I love having that option; I become more engaged in a video game if I am allowed to make my own decisions. I'm more likely to stop playing if I'm forced to play a character whose actions or decisions I disagree with. 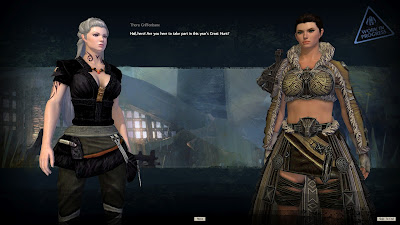 Anyway, I decided to play a Norn Thief (that's me on the left). Another important aspect to me is physical character customisation. Maybe it's just because I'm a female player, but I like to take the time to ensure my character looks good and that I feel satisfied playing them. The physical customisation in this game is phenomenal, and there were so many options I probably spent at least twenty minutes or so just playing around with various combinations before I finally made a decision. 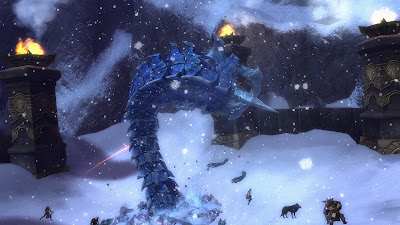 The graphics and artwork really impressed me. 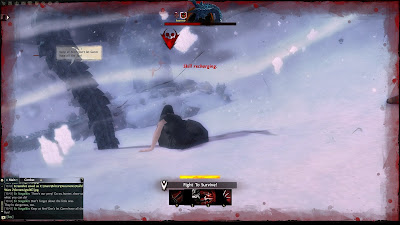 I really like 'Fight to Survive.' After awhile of playing, I got the impression that my health - which I initially thought was decent - was actually not very good at all. Even when I was at the same level or higher than my opponent, they seemed to be able to sap my health too quickly for me to keep up with healing, especially during instances. 'Fight to Survive' gave me a second chance to stand my ground, and by the time I'd gotten back on my feet, my healing skill would be fully recharged and the battle would turn in my favour. I also liked that when anyone around me fell, I could walk over and revive them. (Unfortunately, the few times I did end up dying, nobody saved me.) 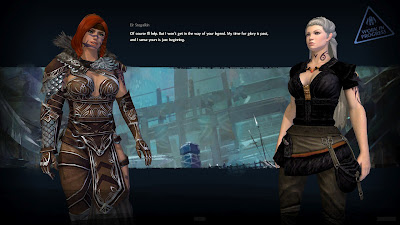 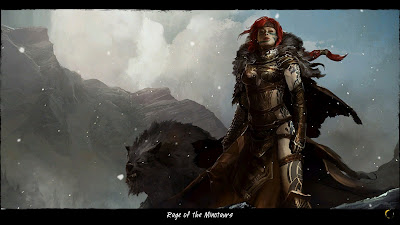 Some of the artwork displayed during the (brief!) load screens. 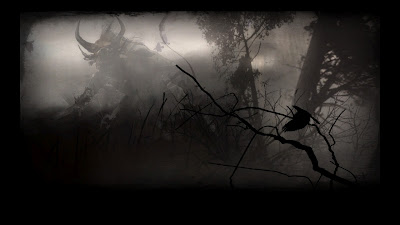 Later, I decided to make a second character - this time, I went with a Charr Necromancer, whom I named Thaura (my feminised version of Thauron, the Quenya form of Sauron). 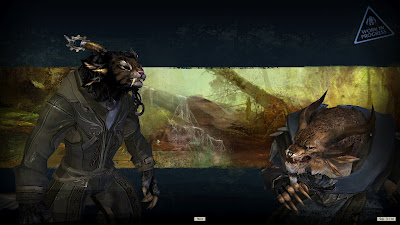 That's me on the left!

What I didn't like: Health seemed to drain too quickly, objectives disappeared from my tracker if I left a quest area...but really, nothing else I can think of at the moment. (Regrettably, I did not have a chance to try any crafting, so I don't know how that works.)


Overall, I am very impressed with Guild Wars 2 so far. Where it differs quite a bit from LOTRO, it did take a little getting used to initially, but I loved every minute of it. While I will always think that $60 is extremely high for a video game, it is definitely one worth purchasing.


(The release date is still unknown; rumour has it we could see the game in stores somewhere around the 26th-28th of this month, but NCsoft has stated that the date has not been set yet, and will be determined based on the results of the beta tests.)
Posted: 11:25 AM