WHAT HOBBITS TEACH US, PART 1
by Anne Marie Gazzolo

Hobbits appear unlikely heroes, but God uses improbable people at times to fulfill a role that He specially designed for them. As is said of David in the Bible, “the LORD does not see as mortals see; they look on the outward appearance, but the LORD looks on the heart” (1 Sam. 16:7, NRSV). This fits the five hobbit heroes we encounter in the Red Book. I wish to explore in this essay the lessons we can learn from the “chosen and selected” Bilbo (Hobbit 21).

Bilbo has to overcome the fears of his Baggins side in order to embrace the adventure that awaits him. As I spoke of in my previous post “Tookish Dreams,” sometimes we have the same struggle he does. The Took in us wants to pursue dreams, and the Baggins part wants to stay safe and conventional. Too often we heed the negative thinking that convinces us that we do not have the time, money, energy, or opportunity to make our desires come true. We must not abandon our true responsibilities, of course, but would it not be better if we could fulfill them in a way that fed our soul and not just our pocketbook and got us excited about going to work rather than dreading the drudgery?

Just as Bilbo was chosen, God has also selected us for a particular task. We can discern this by the interests, talents, and abilities that He gave us. He did not bestow these graces upon anyone else in exactly the same way. Though lost for the most part amid the cacophony that invades our daily life, we hear at times snatches of the particular notes in the Great Music that our soul especially hearkens to, and we long for the day we can truly sing our heart out. Unfortunately, we learn to stifle such things, just as Bilbo has whenever he heard the adventurous melodies that stirred him since childhood. Nonetheless, we must still be ready for the special day that God calls us.

On some level, Bilbo is aware of this. In “The Quest of Erebor,” Gandalf offers his hypothesis of why the hobbit made the highly unusual choice not to marry: “I guessed that he wanted to remain ‘unattached’ for some reason deep down which he did not understand himself – or would not acknowledge, for it alarmed him. He wanted, all the same, to be free to go when the chance came, or he had made up his courage” (Unfinished Tales 331).

Bilbo learns much on his journey about the strengths he did not even know he had. His growth and endurance bolsters our own. God already knows that we can be heroes if the right circumstances come. We have to find this out in the thick of things. Bilbo would not have discovered the seeds of greatness that lay within him if he had continued his sheltered life in the Shire. Neither can we.

As Bilbo continues his adventure and overcomes one fear after another, his courage increases. At the end of his chase after Gollum, the Ring-finder fights within himself one of the most important battles ever waged in Middle-earth. He finds that his would-be murderer has unintentionally brought him close to the exit, then stops there, blocking his way. In Bilbo’s desperation to escape with his life, he faces the temptation to kill Gollum. Luckily, Bilbo still has the presence of mind to heed the presence of God. The impulse to kill Gollum disappears as fast as it comes. Though not speaking specifically of the hobbit, Richard Mathews notes, “Time and time again the spiritual decisions of the most consequence are faced by individuals alone” (Lightning 32). Bilbo intuitively understands the terrible darkness Gollum lives in, not just physically but spiritually. This realization turns the creature from a feared enemy into a fellow human being with a tormented heart and soul. We need to be watchful for such moments in our own life and give mercy if possible and not punish someone for a crime they have not yet committed. Bilbo has no idea what impact his actions and choices will have on his world. Neither do we with our decisions.

Bilbo reveals his inherent decency once more after he decides that he must re-enter the tunnels and search for his missing companions. Katharyn Crabbe notes in a parallel between Bilbo and Christ the great love that is ready to lay itself down to save its friends (J. R. R. Tolkien 41-42). Bilbo’s choices to aid the dwarves puts his life in peril again and again: in Mirkwood battling the monstrous spiders, in escaping the Elven-king’s palace, and in entering Smaug’s lair, just to name a few. He is also the one who has hope when the dwarves are in near despair. In surrendering the Arkenstone to Bard and the Elven-king and returning back to his friends to sleep peacefully, he demonstrates his enduring faithfulness to his friends, as well as showing that the cure for dragon-sickness is to give your treasure away willingly. The contented sleep he has shows the spiritual treasure he gains in letting go of material goods.

These are just a few of the vital things our esteemed burglar and hero teach us. It would be well for us to heed the wisdom of his heart which dictate his actions and which should dictate ours in order to this indeed a merrier world. 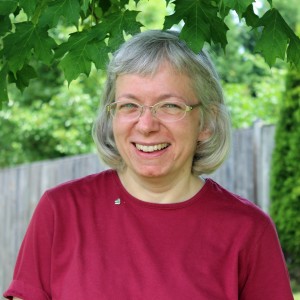 Anne Marie Gazzolo is the author of Moments of Grace and Spiritual Warfare in The Lord of the Rings (WestBow Press, 2012), which also includes a chapter on The Hobbit. For more details and to order the book, please visit http://ow.ly/ez2dT. Sign up for her mailing list at www.annemariegazzolo.com and get a free copy of her ebook, Pathways Through Middle-earth: A Guide for Heart, about applying to your life the lessons taught by Hobbits, Wizards, Elves, Men, and Dwarves. Find her also at www.facebook.com/annemariegazzolo and www.pinterest.com/authorannemarie.