"The Return of the King" picks up after the events of "The Hobbit", with Frodo and Sam making their way towards Mount Doom to destroy the One Ring while the armies of Minas Tirith defend the city against the forces of Sauron. Although the overall plot still closely follows the book, in this film, much has been oversimplified to fit within time constraints.

Despite the film's best efforts to bring viewers up to speed and further explain key plot points via a minstrel character, the leap from "The Hobbit" to the third part of The Lord of the Rings is so great that those unfamiliar with the series may find themselves a bit confused at times. While this does not necessarily make "The Return of the King" unwatchable on its own, some viewers may want to consider watching Ralph Bakshi's "The Lord of the Rings" film beforehand. (Rankin/Bass' "The Return of the King" is considered among some fans to be an "unofficial sequel" to Bakshi's film.)

Scheduled for release on Tuesday, July 22, Rankin/Bass' "The Hobbit" and "The Return of the King" have been beautifully remastered, featuring brighter colours and clearer sound and image quality, giving the films a fresher – and slightly less dated – ambiance. (Fortunately the changes are not nearly as dramatic as the new covers imply!)

I had a blast re-watching these films in their updated editions, and I'm sure many others will enjoy them just as much. Regardless of your level of familiarity with Middle-earth or these films in general, the remastered editions are a must-have for any Tolkien fan or collector. 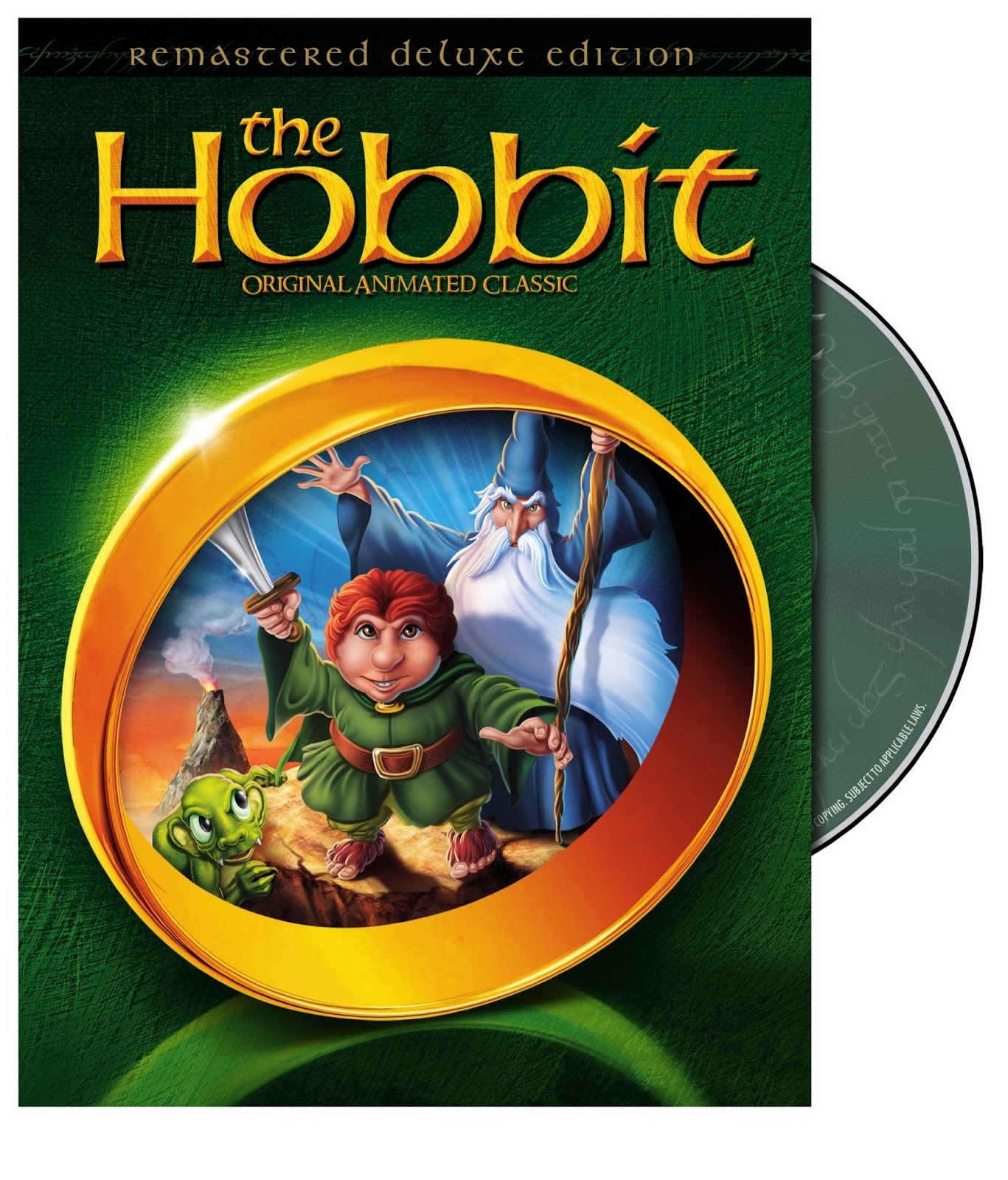 The place is Middle Earth. The time is long ago, when humans shared their days with elves, wizards, goblins, dragons, heroes…and hobbits. Bilbo Baggins is a hero and a hobbit, a roundish, peaceable homebody going on a dangerous quest - even though adventures make hobbits late for dinner!

In this enchanting adaptation of the first installment of J.R.R. Tolkien's classic The Lord of the Rings trilogy, Bilbo the hobbit is asked to recover a fabulous treasure stolen from friendly dwarfs. All he must do is brave dark forests, towering mountains, hobbit-eating trolls, huge spiders, a fiery dragon and more. Fun and amazement await - so join the quest!

The Return of the King Deluxe Edition 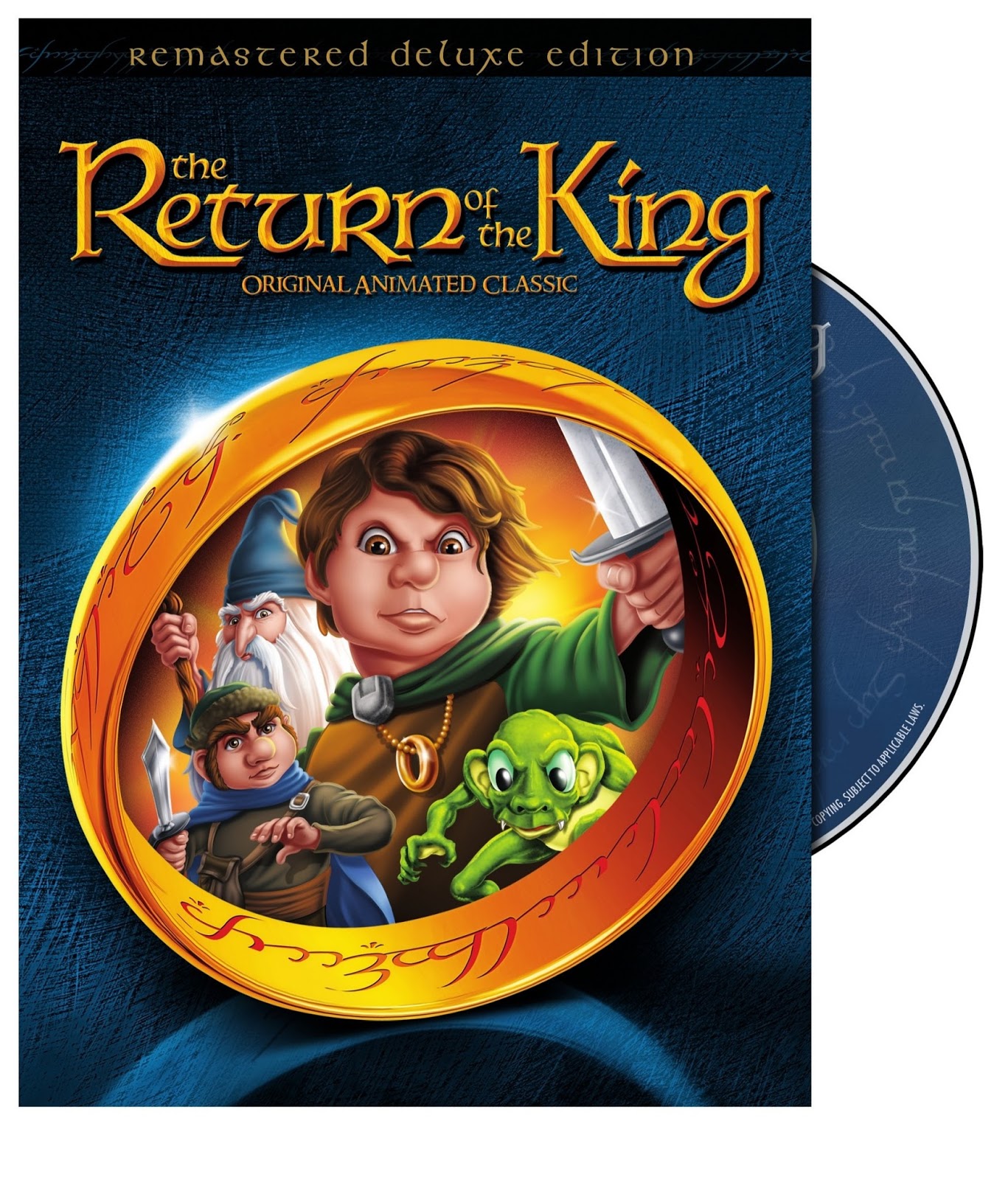 Frodo the Hobbit, the remarkable hero of J.R.R. Tolkien's The Lord of the Rings trilogy, battles more evil forces plaguing Middle Earth in The Return of the King.

The Magic Ring of The Hobbit has now become the Ring of Doom - and to restore peace it must be destroyed in the raging fires in which it was made. Chosen for the task, Frodo and faithful servant Samwise face grave perils - the worst of which is the ring's terrible power to possess its wearer. Will Frodo give in to the madness of the ring....or will he fulfill his quest?
Posted: 12:43 PM