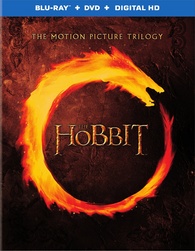 The final instalment of Peter Jackson's Hobbit trilogy, 'The Hobbit: The Battle of the Five Armies', will be available on March 24 in 2D and 3D Blu-ray/DVD/Digital HD combo packs. (Amazon is currently accepting pre-orders.) Fans can also pre-order 'The Hobbit: The Motion Picture Trilogy' set, which includes the theatrical cuts of all three films ($53.08 on Amazon).

The Blu-ray release of The Hobbit: The Battle of the Five Armies is presented in 1080p with DTS-HD Master Audio 7.1 surround and includes such special features as: