Earlier today, I found myself at Double Midnight Comics (these are the same folks who put together Granite State Comic Con each year). They had a bunch of Lord of the Rings card game expansions, but today I opted to buy The Lord of the Rings: Nazgul heroclix game and two mystery figures from The Hobbit: The Desolation of Smaug (I just wanted the Mirkwood Elves; I ended up with a Mirkwood warrior and a Lake-town sentry). 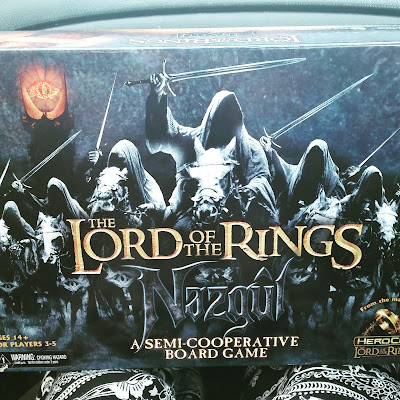 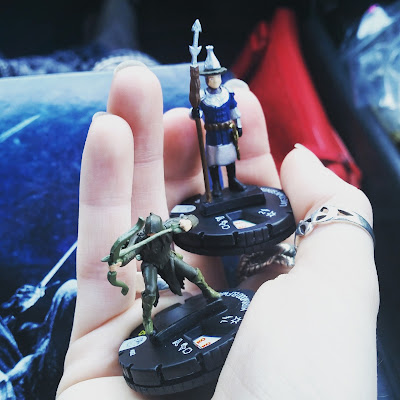 Then, I noticed there was a Newbury Comics nearby, so I checked that out as well. And to my surprise, I found a neat (but kind of creepy) Gollum "Scalers" figurine and a cheap used copy of Aragorn's Quest, which I've always wanted to play. Again, I generally try to avoid movie memorabilia, but games and unique items are always must-haves...not to mention the prices were too good to pass up! 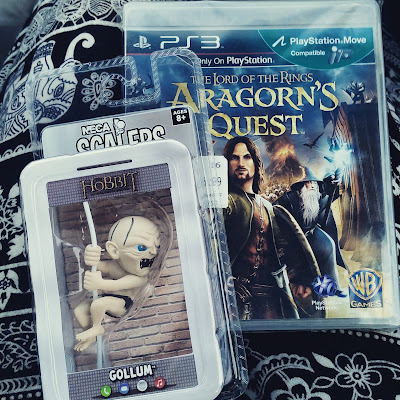