Evangeline Lilly discusses her role in ‘The Hobbit’ 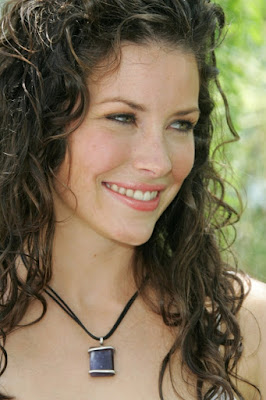 Several months ago, it was confirmed that ‘Lost’ alum Evangeline Lilly would be joining Cate Blanchett as one of the few female characters in Peter Jackson’s adaptation of ‘The Hobbit.’ In a recent interview with SFX, in which she was promoting her newest film, “Real Steel,” she spoke about her role as the Woodland elf Tauriel, a character who does not appear in Tolkien’s original story, but was created to add some female characters to the film.

When you played Kate you were always doing physical scenes and stunts. How are you prepping for The Hobbit?

“With every film, you have to educate yourself on the material and it’s often things you don’t know a lot about. Right now I’m studying Elvish and having conversations with people about learning how to be an archer, a swordsperson and how to fight like an elf instead of a gritty convict.”

Did you have any reservations about joining The Hobbit cast?

“With The Hobbit, it was a no-brainer because I have been a fan of those books since I was 13-years-old.

Tauriel is a new character in the mythology so as a book purist yourself that must be frightening to ponder how fans will react to your part?

“Yeah! I am very concerned to this day that people will watch the film and I’ll be the black mark on the film. I know how adamant the purists are and I’m one of them! That said, upon reading The Hobbit again, as an adult, I can see why additional characters were needed to round out the story as an adaptation – especially female characters! The Hobbit didn’t include female characters at all and was a very linear story, a book for children, really. What Peter, Fran (Walsh) and Philippa (Boyens) have done is all in perfect keeping with Tolkien’s world, while adding a third dimension to an otherwise very two-dimensional story.”

The first installment of Peter Jackson’s adaptation, The Hobbit: An Unexpected Journey, is slated for release on December 14, 2012, with the second half, The Hobbit: There and Back Again following on December 13, 2013.

Recently, advertisements have been appearing in the South Canterbury and Otago region newpapers, calling for roughly 200 extras to play elves and townspeople in Peter Jackson's film adaptation of The Hobbit.

The film's production company, 3foot7, is looking for men and women between the ages of 30 and 80 years who either have "interesting" character faces, or are men with beards, to play townspeople. "All shapes, sizes and ethnicities welcome," the studio has said.

For elves, the company is seeking people between the ages of 17 and 35 years, who are more than 168cm in height.

James Cameron to visit the Hobbit 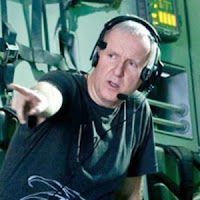 The NZ Herald recently reported that filmmaker James Cameron will be making a trip to New Zealand to visit the set of The Hobbit sometime this month. Director Peter Jackson, who will be shooting his films in 3D – with which James Cameron is all too familiar – recently let news of Cameron’s visit slip to Empire, an Australian magazine.

Cameron has not been in New Zealand since celebrating his most recent hit, Avatar. He had made plans to return in order to film two sequels, but later decided to move filming to California.

Mikael Persbrandt on 'The Hobbit' 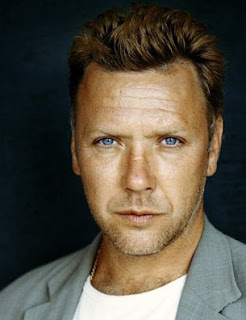 Recently, actor Mikael Persbrandt spoke with the Swedish newspaper Aftonbladet in regards to his role as Beorn in Peter Jackson’s film adaptation of The Hobbit. Roughly translated, he says of his work on The Hobbit:

“When I, during the first day, is hoisted up to the ceiling in the west King Kong Studio in Wellington I know what to do, even if it is a bit awkward and difficult to begin with a difficult torture scene. I knew and could even suggest things.”

“How am I as a shapeshifter, who lives with horses and animals in the forest? You have to look into yourself and try,” he says of playing the shy and reclusive shape-shifting character. “I act in the Hobbit about the same I would in a love drama.”

Persbrandt, a popular Swedish actor, is also hoping to improve his English, as most of his roles have been in Sweden, and the lack of international roles has given him few reasons to take advanced English language courses. But, he adds, he has no insecurities in filming The Hobbit, as he believes that experience has improved his confidence as an actor.


You can view the full interview (in Swedish, of course) here