Quint from Ain’t It Cool News is living every Tolkien fan’s dream. Not too long ago, he was invited to pay a visit to the set of The Hobbit, and has been given the opportunity to document the filmmaking crew’s adventures over a two-month span. He has plans to turn this adventure into a “new, temporary, regular column” that he has appropriately named “An Unexpected Journey.”

“Calling The Hobbit a prequel doesn’t exactly feel right, though,” he writes. “This isn’t a film cooked up to cash in on an absurdly successful franchise. As most Tolkien readers and human beings over the age of 7 know, The Hobbit burst forth from the pen of JRR Tolkien first. There are many Middle Earth stories, but The Hobbit is the natural choice. It’s high adventure and lets us revisit some of our favorite locations and characters within its own, unique story.”

Quint’s first story took him to Matamata, Waikato, New Zealand, where he visited the Hobbiton set. You can check out his first report – “Concerning Hobbiton” – here
Posted: 12:14 PM No comments:


Sir Peter Jackson has announced that Wellington will be holding the world premiere of The Hobbit. The premiere is scheduled to take place in late November of next year, with the The Hobbit: An Unexpected Journey being released in theatres the following month.

Jackson and his film crew began filming on location five days ago. They have already shot 110 days of The Hobbit: An Unexpected Journey in Jackson’s Weta studios.

The director also invited Prime Minister John Key, with whom he struck up a friendship last year during employment disputes surrounding the Hobbit films. Jackson is not endorsing the Prime Minister, but is simply expressing his gratitude for the help he received by the government.

The Hobbiton set, located on the outskirts of Matamata, and including such attractions as 44 Hobbit holes, a stone bridge, and The Green Dragon Inn, will remain a permanent visitor attraction once filming has completed. Tours will be run by Shire Tours.
Posted: 10:35 AM No comments:

A decade after they first came together to be a part of Peter Jackson’s Lord of the Rings film adaptations, the four hobbits – Elijah Wood, Sean Astin, Dominic Monaghan, and Billy Boyd – came together for a photo shoot and interview to celebrate their decade of friendship.

Elijah Wood, who was just eighteen years old when he first flew out to New Zealand to play the story’s protagonist Frodo Baggins, told EMPIRE magazine that, “It feels like... It’s 12 years ago in August that we all flew out there, so it feels crazy to conceive of that span of time, but at the same time, it doesn’t feel like that much time has passed.”

“We fit into our dynamics easily enough, which makes you feel as if no time has passed,” noted Dominic Monaghan, famous for his role as Merry Brandybuck. “There’s shorthand we have which is always there. I’ll be in my office or something and I’ll go to a bookshelf and pull out something and there’ll be a picture of all of us.”

“Whenever you experience something that’s as intense and life-defining as we did together, it never goes away,” added Sean Astin, who played Frodo’s gardener and loyal companion, Samwise Gamgee. “You see it with people who were at war. Nobody has to say more than a syllable on the telephone and you know who it is. Just the tiniest sound of someone’s voice.”

Wood, who has returned to New Zealand to reprise his role as Frodo for Jackson’s adaptation of The Hobbit, says of his return: 'I expected the feeling to be really surreal, to be back in wardrobe and make-up again, and it was. But it also felt normal, as if it’s built into my bone structure. It’s beyond the movies. Beyond what they became.'

You can find the full interview in this month’s copy of EMPIRE Magazine, on sale now.
Posted: 9:47 AM No comments:

Email ThisBlogThis!Share to TwitterShare to FacebookShare to Pinterest
Tagged: The Lord of the Rings films 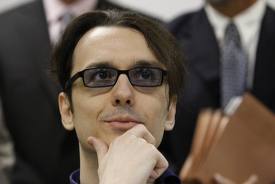 Damien Echols, recently released from prison after 17 years behind bars, is set to begin writing his memoir, which is scheduled for a September 2012 publication. Echols, along with Jessie Misskelley, Jr. and Jason Baldwin – collectively known as the “West Memphis Three” – was tried and found guilty of the murders of three young boys; he received the death sentence, despite his assertions of innocence. For years, celebrities and other public figures have campaigned for the release of the West Memphis Three – including director Peter Jackson and his partner, Fran Walsh. Echols, who is currently in New Zealand with his wife, is said to be talking with Jackson in regards to a small role in 'The Hobbit.'
Posted: 3:10 PM No comments: 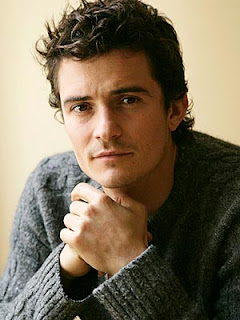 British actor Orlando Bloom, who portrayed the Elf Legolas in Peter Jackson’s Lord of the Rings film trilogy, admits that he is excited to return for The Hobbit and reunite with former Lord of the Rings cast members Elijah Wood, Cate Blanchett, Sir Ian McKellen, and Andy Serkis: “It's like a family reunion."
Of his return to the character of Legolas, whom he first portrayed on the big screen over a decade ago, Bloom says, "It's like it is in my veins, so I'm really looking forward to 'The Hobbit' and I think it's going to be wonderful. I'll miss the fact that people like Viggo Mortensen are not going to be there, but Elijah Wood is coming back to do a little thing, and it'll be great to work with Sir Peter Jackson and Sir Ian McKellen and all the crew."
He also adds that returning to the prequel, in which he will play an earlier version of his character, might allow a bit more freedom in portraying the Prince of Mirkwood.
"This being a prequel to 'Lord of the Rings’ is something that I have to take into consideration when playing Legolas, of course, but I think that it also gives me a little freedom too. I wondered at first whether I was going to be able to do it, but it's a character that I really love and I know so well."
Posted: 11:13 AM No comments:

Lost alum Evangeline Lilly recently spoke with Access Hollywood about her role as the Woodland Elf Tauriel in Peter Jackson’s film adaptations of J.R.R. Tolkien’s The Hobbit. Lilly, whose character does not appear in Tolkien’s original story, but is instead a creation of director Peter Jackson, spoke of having to learn a new language – Elvish – for the film, even speaking a few phrases (including “The cells are empty”).

She also voiced her concerns over fans’ reception of her character, who was created in an attempt to add more female characters to an otherwise male-dominated story. “Either fans are going to lover her or absolutely despise and be bitter towards her.”

However, she says of Tauriel: "I believe she is truly authentic, because Tolkien refers to the Woodland Elves; he just doesn't talk about who they are specifically. [...] Pete, Fran and Phil, they're not going to create a character who is not true to Tolkien's world.”

To see the interview and hear Lilly’s Elvish, click here.