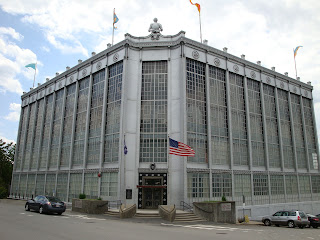 Yesterday I visited the Higgins Armory Museum in Worcester, Massachusetts, to check out their "Middle-earth Day" event. You can read about my experience at the Middle-earth News site.
Posted: 5:47 PM No comments: 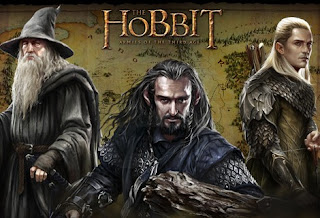 Kabam, the San Francisco-based game maker responsible for popular browser and mobile games such as The Godfather: Five Families and Arcane Empires, will be releasing two new Hobbit games in conjunction with Warner Bros. Interactive Entertainment this fall.

The Hobbit: Kingdoms of Middle-earth is a mobile phone and tablet MMORTS (massively multiplayer online real time strategy) game in which players are tasked with building and managing their own towns in a format similar to Arcane Empires. The Hobbit: Armies of the Third Age is browser-based. Both games will be playable for free, with the games being monetised through virtual goods).

To participate in an early beta, visit Kabam’s website.
Posted: 6:31 PM No comments:

How Tolkien Has Inspired Me 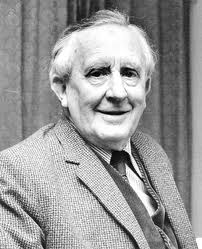 I have only been a fan of J.R.R. Tolkien’s for about eleven years now; but at the age of twenty-two, that seems almost like an entire lifetime. I first read The Hobbit at a time in my life where I despised the fantasy genre; the first time my mother suggested I read it, I remember crying out, almost with disgust, “What the heck is a hobbit? Sure sounds like something I wouldn’t enjoy!”

But after some more pressing, I caved. Giving this book a chance opened my eyes and showed me that the genre could not only be fun, but that it could also possess a sense of realism that I never thought was possible. As I read The Hobbit for the first time, it was easy to forget that in our world, creatures like Hobbits, Orcs, stone-trolls, and dragons don’t exist. I like to think Professor Tolkien inspired me to read with an open mind and give all genres a chance, regardless of any preconceived notions I might have.

Moving on to The Lord of the Rings, I became even more engrossed in Tolkien’s world. Middle-earth was complex and so deeply constructed that it didn’t feel like a setting made up for the sake of telling a story; rather, it felt like a place which actually existed.

Even if it wasn’t technically a real place one could visit, Middle-earth was an exciting escape from “the real world.” I spent the most important years of my life (in terms of growth and development) reading and carefully studying everything Tolkien had written about its inhabitants. To some extent, I separated myself from my peers, who found it odd that I could spend so much time with my nose in a book, let alone one as “geeky” as The Lord of the Rings. But while everyone else was struggling to fit in, I was slowly discovering myself and my passions.

Perhaps most importantly, my passion for Tolkien helped me to branch out of my comfort zone. An introvert with an aversion to public speaking, I started an after school Tolkien book club/classroom, where I took on the unfamiliar role of teacher and helped my friends and classmates further understand the points Tolkien was trying to make, while occasionally teaching them Elvish phrases or the traditions of the various cultures in Middle-earth. It was at that time someone remarked that I would one day shine as a teacher of Tolkien’s writing, and that was when I knew I had found my calling.

I like to think that Professor Tolkien inspired me to become a better reader, writer, and student.

Cheers and happy Tolkien Week everyone!

How has Tolkien inspired you? Feel free to share your story below or on Twitter!
Posted: 1:18 PM 2 comments:

Earlier this week, photos of several action figures from The Hobbit: An Unexpected Journey popped up online. Among them are Legolas, Thorin Oakenshield, Bilbo Baggins, Gandalf and - perhaps the most significant of all - Tauriel. 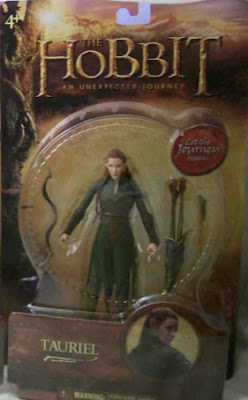 Additionally, Legolas and Tauriel have even been packaged together (one can only wonder if that's meant to be indicative of something): 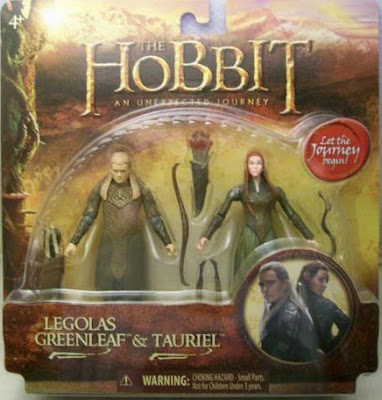 Tauriel is an Elven warrior created by Peter Jackson for The Hobbit films (her character does not appear in Tolkien's original story). The decision to create a new character for the film has excited some, while others are upset at what they consider to be an "unnecessary" inclusion.

The description from Warner Bros. reads: "The female Woodelf of Mirkwood is as dangerous as beautiful. As a charge of King Thranduil and commander of the Woodland Realm protection troops Tauriel is very opinionated and passionate about representing what she thinks is right. The great warrior proves herself with the use of her two daggers and bows and arrows. Like Legolas, Tauriel turns to be extremely quick and agile in battle. She has lived for hundreds of years in Middle-earth, but is still one of the youngest of the Elves and has rarely ventured out of the great forest."

What do you think? Are you a fan of Tauriel? Feel free to share your comments below or on Twitter: @TolkienBritta
Posted: 12:24 PM No comments:

Acknowledging the significance of Tolkien Week within the Tolkien community, Peter Jackson has released a second trailer for The Hobbit: An Unexpected Journey.

This trailer's primary focus is on the characters taking part in the story. We are shown new footage of Bilbo, Gandalf, and the Dwarves - revealing some of the humourous moments within the film; and we also catch a glimpse of Radagast.

What do you think of this trailer? Share your comments below or on Twitter: @TolkienBritta
Posted: 11:57 AM 2 comments:

Cate Blanchett on Reprising the Role of Galadriel 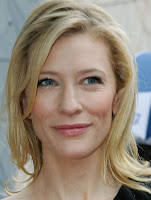 43-year-old Cate Blanchett said she “couldn’t stop laughing” when she put her Elf ears back on in order to reprise the role of Galadriel in ‘The Hobbit’ movies, noting that the experience was “as enjoyable” as shooting ‘The Lord of the Rings’ trilogy.

"I'm more mature as an actress; that's what made me want to play her again,” she said. “Peter called me and thought I might not accept the role. I told him, 'Are you kidding me? Of course I will!'

"Galadriel is a special character to me, mythic and fascinating. It was as enjoyable to shoot as 'Lord of the Rings'. When I wore the elf ears again, I had this wonderful feeling of deja vu.

"I couldn't stop laughing. I was very young when I played Galadriel. I hope to have evolved, to be a better actress, person and mother."

She even joked that director Peter Jackson finds her much “easier to work with” now compared to ten years ago when ‘The Lord of the Rings’ trilogy was being filmed.

“Professionally I think I'm much more flexible now, and easier to work with,” she told the Spanish website Milenio. “I know Peter thinks so! Come Christmas the audience will be able to decide for themselves.”
Posted: 3:14 PM 1 comment:

Click Here to Continue Reading »
Posted: 11:29 AM No comments:

Ever since news broke of Peter Jackson's two-part Hobbit adaptation becoming a Hobbit trilogy, fans have been wondering how this would impact the names of the films.

Yesterday, the titles for all three Hobbit films - as well as the release date for the concluding film - were announced. They are:

What do you think of The Desolation of Smaug as the title of the second Hobbit film? I'd love to hear your thoughts!