Filming on the final installment of Peter Jackson's "Hobbit" films drew to a close this past Friday, and the director, who has kept fans updated via Facebook statuses and YouTube videos throughout the filmmaking process, found the time to post numerous updates and behind the scenes photos during the last day of filming:

"Ever since starting these blogs, there's been something I thought I'd like to try one day (as well as answering the other 19 questions I owe you!)—blogging throughout a shoot day in real time," he wrote. "Try to give you all a feeling for what we deal with on an average day."

"A 20 hour day…15 years of Tolkien…771 days of shooting…And we arrive home exhausted, to a house full of teenagers! It's going to be a long night!"

With the next Hobbit film, “The Desolation of Smaug,” arriving in theatres this December, Penguin Classics has decided to re-release several classic titles which inspired J.R.R. Tolkien to write his own sagas.

Being re-packaged in new jackets created by a Swedish designer and lowered in price, these titles will be part of a new series, “Legends from the Ancient North,” and will include Beowulf, The Saga of the Volsungs, Sir Gawain and the Green Knight, The Elder Edda, and The Wanderer.

“Tolkien was professor of Anglo Saxon for many years at Oxford so he knew all of these inside out and was fascinated by them,” said publishing director Simon Winder.

“There are some really interesting links—The Wanderer has all the kinds of riddles that Golem told in it—and The Hobbit is totally a work of Tolkien’s own imagination, but you can see what fired him was this world of elves and dragons and swords and heroic bravery and terrible monsters and dangerous journeys. He just revelled in all of that, and we wanted to create something new which would express his own excitement at this world that he knew really well.”

Winder said he saw this as an opportunity to celebrate both Penguin Classics as well as Tolkien’s own imagination, and to “get everyone reading sagas again.” And despite the links between these five works and the Hobbit films being light, Winder stressed that they are important.

“We’re hoping that bookshops will display them intelligently so people will make that link. I think it’s fair to say that Tolkien was the first serious academic who thought Beowulf was a great work of art; until then it was considered a curiosity and I think only one copy existed. People thought it was a ridiculous story about swords and witches, and when he was writing The Hobbit that was on the back of his mind—how do you dramatise these sorts of things?

“It’s funny how the stories in the world of Edda and The Saga of the Volsungs has sunk into the minds of millions of people through Tolkien, but we’ve sold hundreds of thousands of copies of Beowulf now; it in itself is a famous translation.”

The Legends from the Ancient North series will be available on Amazon on 29 October.
Posted: 1:43 PM 1 comment:

Be Sure to Cast Your Votes in This Year's Dragon Slayer Awards!

The nominations are in – now it's up to you, the dedicated players, to vote for your favourite games/communities!

The LOTRO fan base, who won the "Most Passionate Fanbase" title last year, has been nominated again!


LOTRO has been nominated in the following categories:
Go show your support for LOTRO (and your other favourite games) by voting at GuildLaunch! You have until 2 September to do so, but why wait?
Posted: 1:22 PM No comments:

Earlier this month, the LOTRO devs at Turbine offered to play another game of Twenty Questions. Questions tackled a variety of subjects, from Lalia's Marketplace to PvP/PvMP updates, all the way to the tuning that goes into making each landscape difficult enough for certain levels.

But perhaps the most important question of all, the one that's been on everyone's mind lately, is, "can you say anything about LOTRO ending in 2014 as some have predicted?"

To which Sapience responded, "We plan to support LOTRO for many more years to come. We are very fortunate in that we enjoy a great relationship with Middle-earth Enterprises. They visit our offices several times a year to check out our upcoming plans for LOTRO and continue to be very supportive."

To read all twenty questions, visit the LOTRO forums! And if you're not already, be sure to follow them on Twitter so you don't miss the next round!
Posted: 10:57 AM No comments: 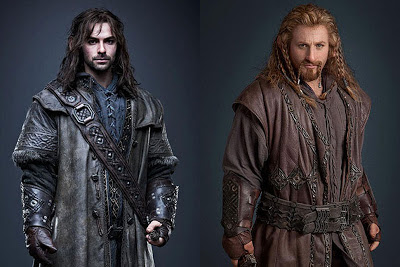 'Hobbit' actors Aidan Turner (Kili) and Dean O'Gorman (Fili) will be appearing at Boston Comic Con August 3-4 and taking part in a 'Hobbit' Q&A session from 5-6pm on Sunday the 4th.

Autographs (separate) are $40; tickets can be purchased at the show and are first come, first served. Be sure to periodically check the Boston Comic Con website and follow them on Twitter (@BostonComicCon) for more updates!

Important note: Admission, photo-ops, and autographs are sold separately.
Posted: 10:22 AM No comments: 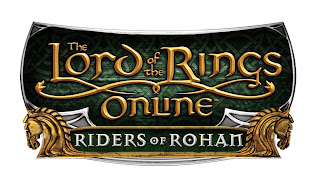 From now until July 7, you can purchase a copy of LOTRO's previous expansion, Riders of Rohan, for half the price! This is also the last chance to get your hands on the Heroic and Legendary editions, which will go away forever after the 7th (only the Base edition will be available).

Prices for the expansion are currently as follows:

Additionally, you can purchase a triple-pack expansion set (includes the Mines of Moria, Siege of Mirkwood, and Rise of Isengard expansions) for $39.99.

For more information, or to purchase any of these editions, visit Turbine's LOTRO Market!

For the record, I'm glad I was indecisive for so long; I finally got my hands on the Legendary Edition and didn't have to pay $70!