The Desolation of Smaug (Review)

The Hobbit: The Desolation of Smaug (a Review)
by Britta Siemen

Having been extremely disappointed last December, I was very reluctant to see the second instalment of Peter Jackson’s “The Hobbit” trilogy – so much that I waited more than a month after its release to see it. No matter how hard I tried, I could not keep myself from pre-judging the film based on the changes and additions I knew would exist. I was terrified of the damage that could – and probably would – be done.

But just as with any piece of artwork, music, or video game based on the works of J.R.R. Tolkien, so, too, should the movies be judged: as an interpretation, and not merely a retelling of the original story. Naturally, there are (and will be) deviations. This is almost always the case when a book gets turned into a movie. Many of these deviations bothered the “purist” in me, but I was pleasantly surprised by how much I actually enjoyed the film.

As a movie, “The Desolation of Smaug” is a thrilling experience. Canon or not, Jackson knows how to make a film that’s worth watching. To the eyes and ears, Tolkien’s Middle-earth is well-represented on the big screen. The digital effects are stunning, from Beorn the bear and the Mirkwood spiders to Dol Guldur and Gandalf’s confrontation with the Necromancer. The score is beautiful; it is reminiscent of “The Lord of the Rings” soundtracks, enough to evoke feelings of nostalgia, and yet different enough to avoid sounding like recycled material.

“The Desolation of Smaug” has the advantage of being the second film in the trilogy, so all of the major introductions have already been made, allowing the film to focus more on the fast-paced action sequences which help make the nearly three hour movie a bit easier to sit through. Unfortunately, there are still more introductions to be made, and one of the film’s major downfalls is its over-abundance of heroes and antagonists. Legolas, Tauriel, and Bard take centre stage as the heroes of this film, each one having something to prove, while Bolg, Azog, the Necromancer, and Smaug threaten the Quest of Erebor. I remain steadfast in my belief that many of these characters should not have been added to the films. Legolas I can begrudgingly accept because he does at least fit into the timeline; but I still dislike the inclusion of Azog, who died long before the Quest of Erebor takes place, and Tauriel, whose presence feels very forced, as though she has been thrown in simply to provide some sense of a moral compass and, of course, a love interest – neither of which help to advance the story in any way. (For the record, though, Evangeline Lilly fit the Elven role perfectly.)

And once again, Jackson’s Bilbo is the one who suffers the most. The poor hobbit comes across as more of a secondary character than one after whom the story is named. Sure, he saves the Dwarves from the Mirkwood spiders a little bit – but Legolas and Tauriel show up and draw the spotlight away from him. Sure, he frees the Dwarves from Mirkwood’s prisons – but the feat is short-lived, and soon Legolas and Tauriel return to save the day. And what of the Burglar whose sharp eye catches the weak spot in Smaug’s armour? Naturally, that, too is attributed to someone else. The mighty dragon put it best when he informed the hobbit that he was simply “a means to an end.” Truly, he seems to serve little other purpose in these films.

My biggest fear, however, was the one thing that did not disappoint. My favourite character from the book, Smaug ultimately ended up being the deciding factor in whether or not I liked the second “Hobbit” film. Thankfully, the dragon was just as impressive – if not more – than I’d imagined he would be. The banter between he and Bilbo was nearly spot-on, though I (of course) prefer Tolkien’s version, wherein Bilbo is equally as susceptible to Smaug’s manipulation as the dragon is to the hobbit’s flattery. Still, Martin Freeman and Benedict Cumberbatch are a delight to watch, and at this point, I find it impossible to think of anyone better to portray their respective characters.

As an adaptation, “The Desolation of Smaug” falls short. It diverges greatly from Tolkien’s version, and more often than not feels like a work of fan fiction. The beauty of The Hobbit is its simplicity and straightforwardness: Tolkien has shown us that it is possible for a story to be fun and exciting without the complexities of dramatised back stories, love triangles, and an overwhelming mass of characters. Jackson takes just the opposite approach. While the new characters and subplots may appeal to those who have not read The Hobbit, those who have may find that these changes take away from the story we know and love.

Though these films carry the name of Tolkien’s beloved tale, they are not the story of The Hobbit; rather, they are “The Quest of Erebor” with some bits of The Hobbit tossed in here and there. But despite all of the deviations and unnecessary additions, “The Desolation of Smaug” kept me entertained and managed to exceed the majority of my expectations. It’s not the “Hobbit” story I was hoping to see, but it was not the abomination that I was expecting, either.


What did you think? Feel free to share your thoughts in the comments below or Tweet me @TolkienBritta!
Posted: 9:34 PM 10 comments:

First Tolkien Haul of the Year!

One of the greatest things about being a Tolkien book and memorabilia collector is sharing the experience with others. My father, who became aware of Middle-earth through Peter Jackson's films, typically accompanies me on my quests to find new or unique items. Yesterday was the first of hopefully many father-daughter outings in 2014, and I think I'm off to a great start so far. 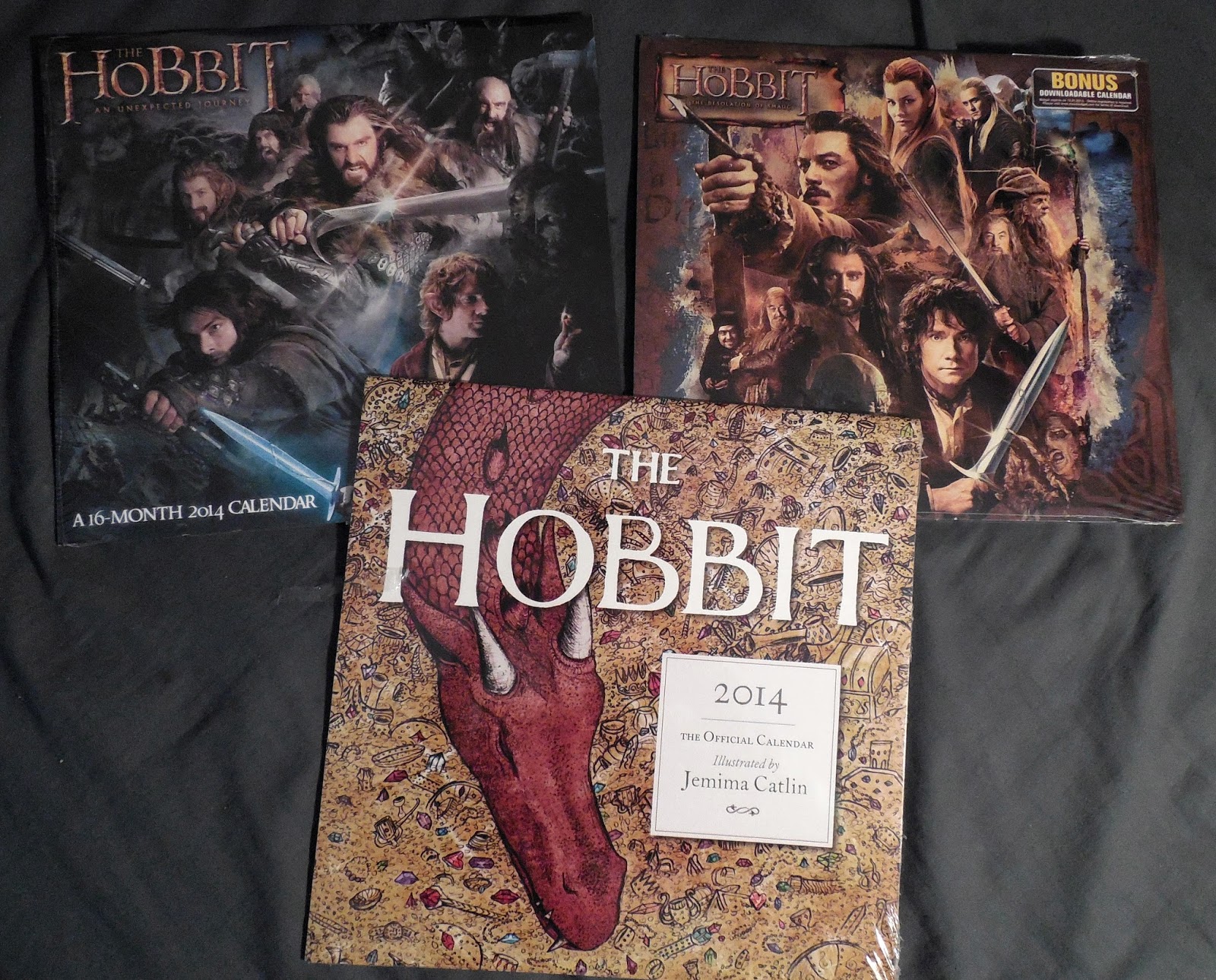 My father spotted the last Jemima Catlin calendar almost immediately and claimed it for his office, so I purchased two Hobbit film ones. 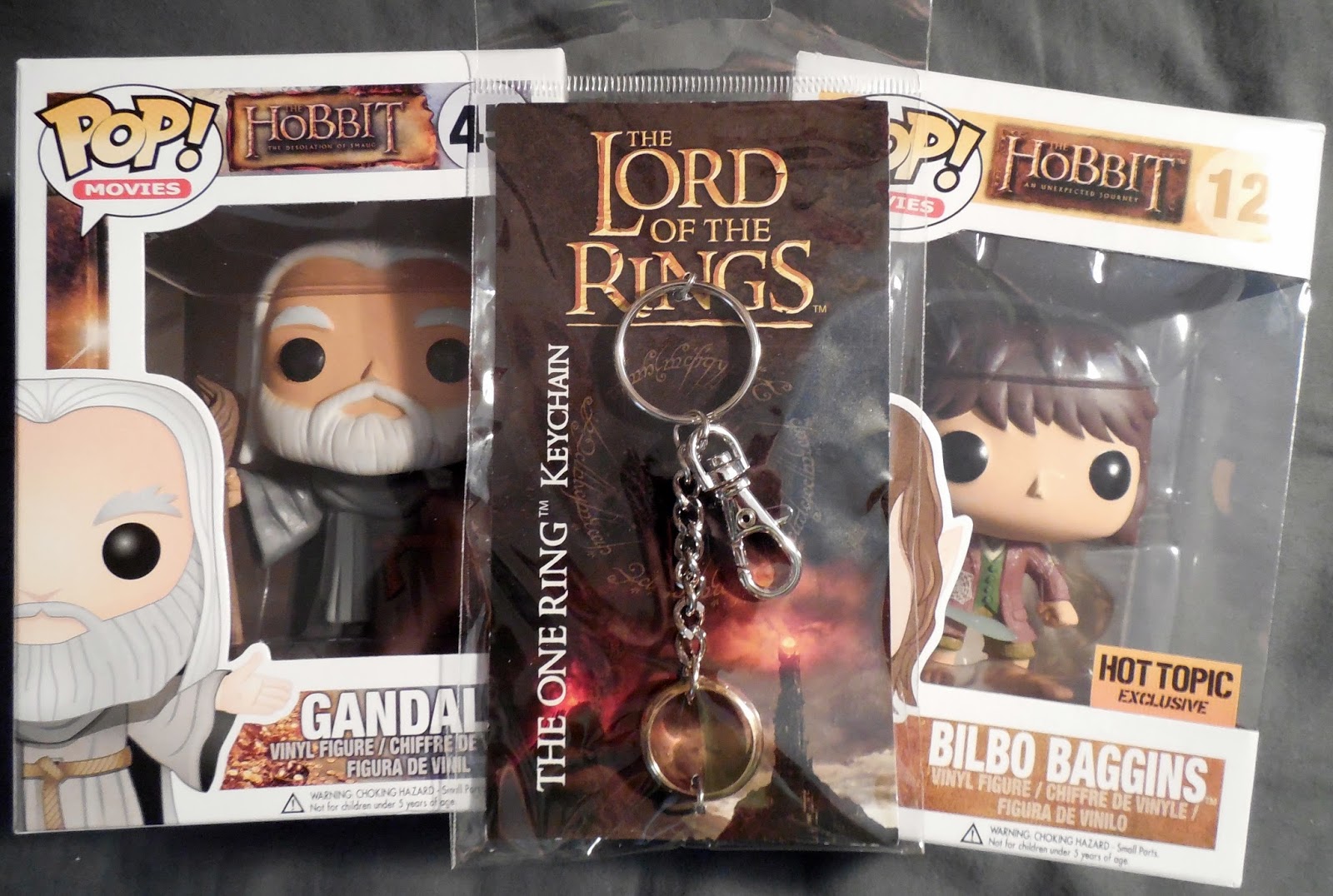 I found these at Hot Topic. 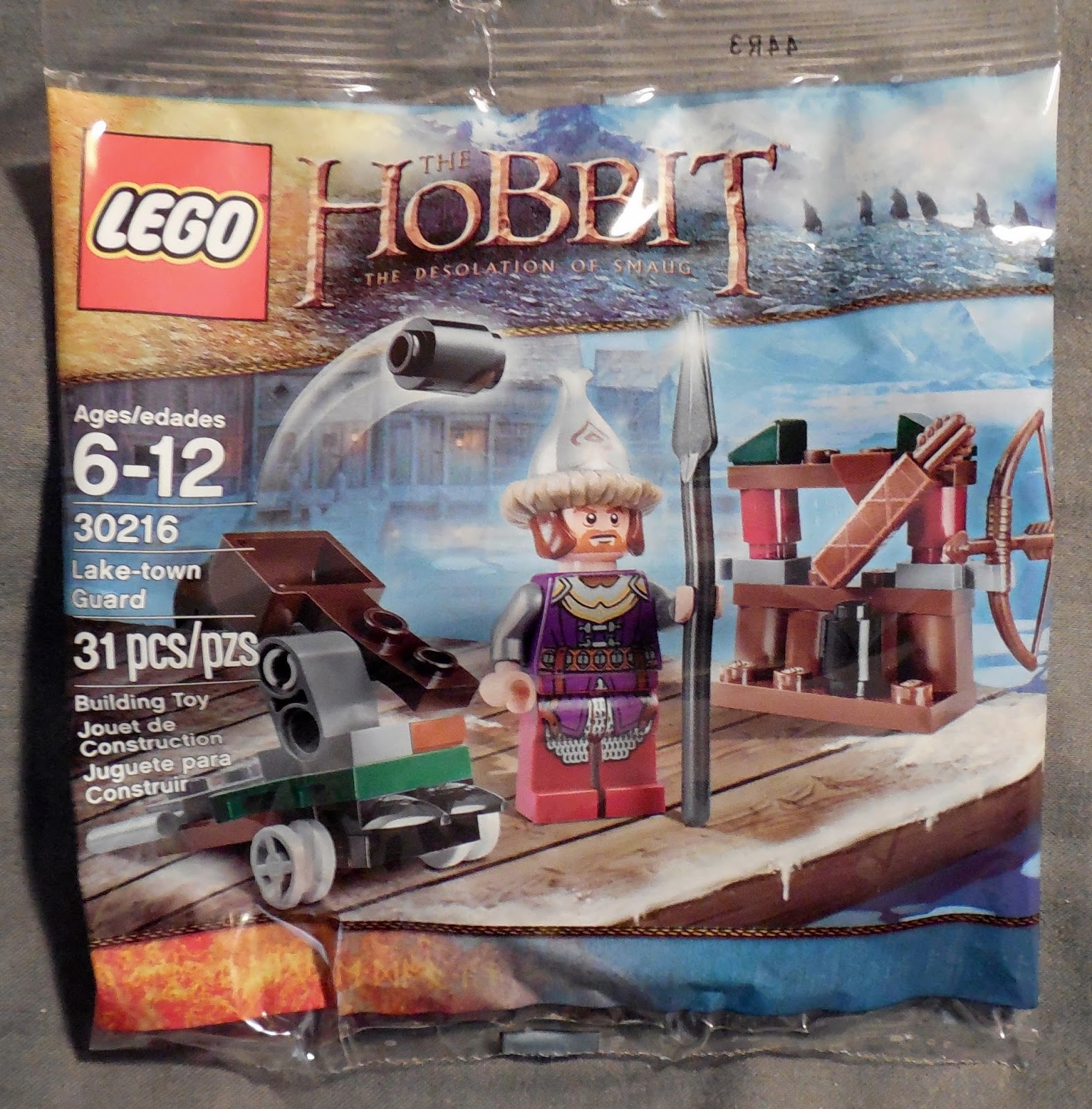 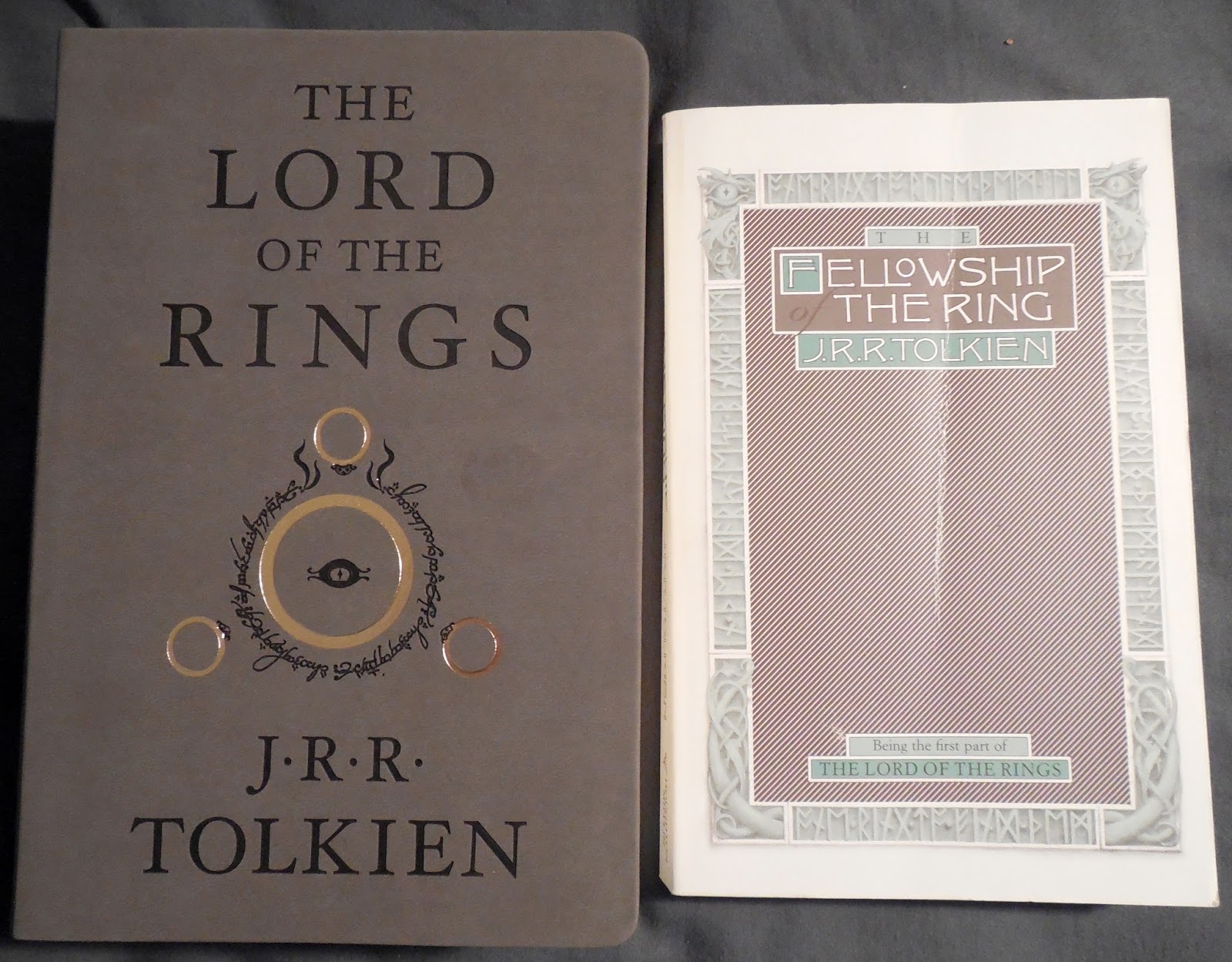 
I found countless more items, but moderation is key (at least when it comes to film  merchandise). I'm hoping my next venture will focus more on visiting used bookstores and building a rapport with local vendors who may be able to help me locate more rare and unique editions.
Posted: 11:19 AM 6 comments:

Call for Papers: the Inklings and King Arthur 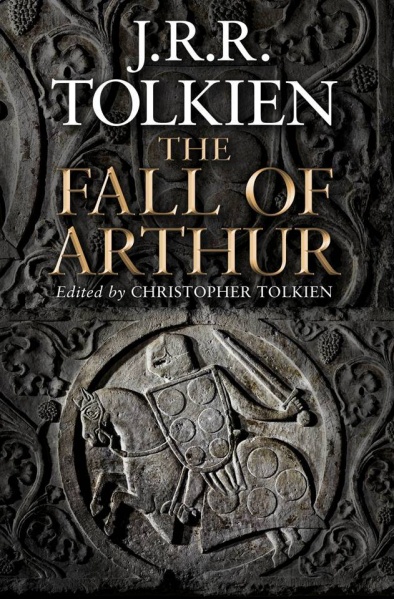 Following the recent publication of Tolkien’s unfinished poem, The Fall of Arthur, a new volume is being compiled to further delve into the legendarium, which the late Professor had planned to continue. According to Tolkien Library, this edited volume, The Inklings and King Arthur, “will compare the Arthurian works, especially the mythological geographies, of Tolkien, Lewis, Williams, Barfield, their predecessors, and their contemporaries.” Submissions are currently being sought, with selected authors being invited to contribute a full-length chapter to the volume.

Submissions should be sent to Sørina Higgins, the collection editor, at inklings.arthur@gmail.com. The deadline for abstract submissions is February 1, 2014.

For more information, as well as a list of applicable topics, please visit the Tolkien Library website.
Posted: 12:08 PM No comments:

Fantasy and its place in our culture is the topic at this year’s Mythcon, an annual Tolkien and Inklings-based conference put together by the Mythopoeic Society. This year’s Mythcon will take place August 8-11 at Wheaton College in Norton, MA.

The conference is seeking papers “that broadly consider the nature and boundaries of fantasy and the relationship between fantasy and different literary and artistic forms—how fantasy fits or resists our attempts to classify and define it.”

Proposals (at a maximum of 250 words) should be sent to the Papers Coordinator, David D. Oberhelman, at d.oberhelman@okstate.edu by 15 April 2014.

Call for Papers: Bombadil and Other Middle-Earth Mysteries

This April 11-13, the University of Vermont will hold its 11th annual Tolkien in Vermont conference and is currently seeking papers twenty minutes in length on any topic relevant to Tolkien’s legendarium. Priority consideration, however, will be given to papers on “Bombadil and Other Middle-earth Mysteries”. 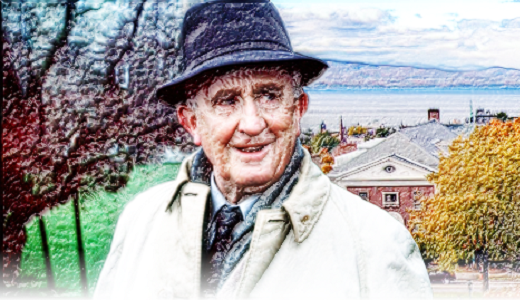 If interested, you can submit a one-page abstract to Dr. Chris Vaccaro at cvaccaro@uvm.edu as early as possible (be sure to include “Tolkien 2014” in the subject line). The deadline for abstracts is Saturday, January 18, 2014.

More information can be found at the Tolkien in Vermont website at http://tolkienvt.org/
Posted: 10:28 AM No comments:

In honour of Professor Tolkien's birthday, I began my annual re-reading of The Lord of the Rings today. I also noticed that Marcel of the German Tolkien Society launched a new Twitter/Instagram trend, #Tolkienbookselfie, and so I thought I'd participate: 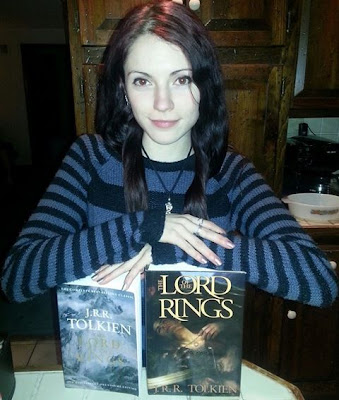 Thanks, Professor, for everything.


How are you celebrating the Professor's birthday?
Posted: 10:50 PM No comments: