Not sure what to get the Tolkien fan in your life this holiday season? I've compiled a short list of suggestions (based on my own collection and experiences with various retailers) to help you get started. 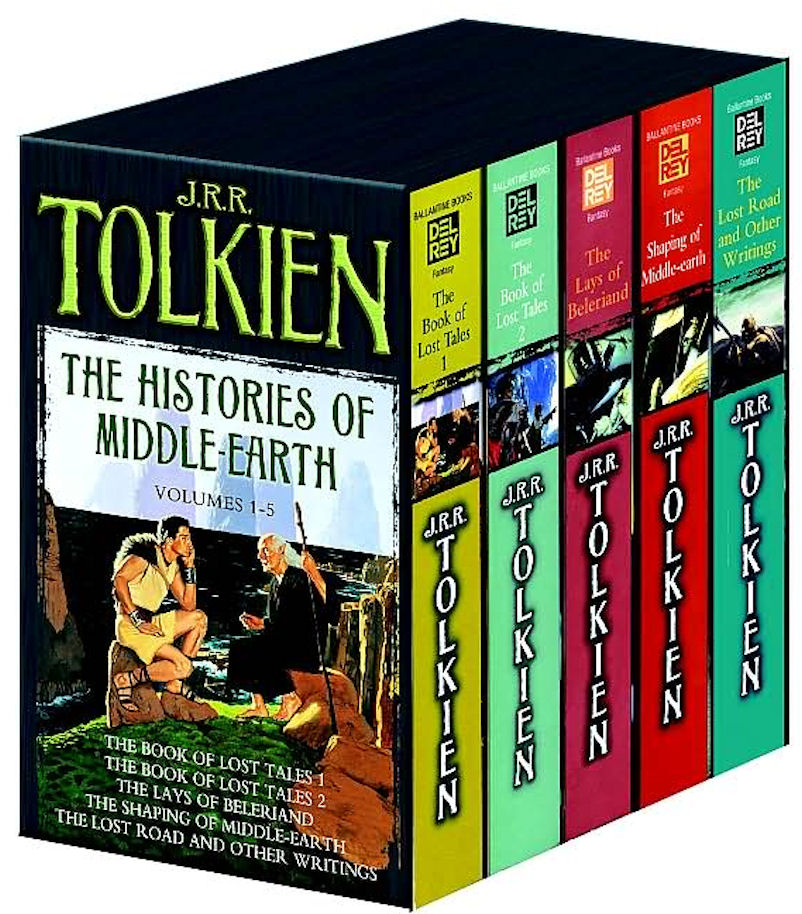 GAMES AND OTHER TECH ACCESSORIES 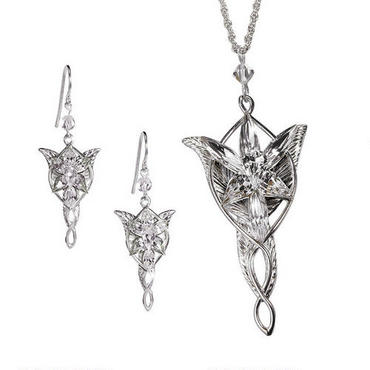 UNIQUE GIFTS FOR THE FAN WHO HAS EVERYTHING

Do you have any suggestions or recommendations?
Feel free to share them in the comments below!
Posted: 3:30 PM No comments:

Guest Post: 'Hearkening to the Horns of Hope and Love: What The Lord of the Rings Teaches Us For Today'

Hearkening to the Horns of Hope and Love:
What The Lord of the Rings Teaches Us For Today

Hope and love are dominant themes in The Lord of the Rings. These are two of the most desperately needed virtues today in a world entrenched in a culture of death, despair, and lust, due to the instant and 24 hour access the media provides. Those in the Red Book are no more exempt from darkness than we, but the examples of hope, love, courage, and fidelity in the tale give us inspiration and strength to keep going.

One of the most important exercises of hope is Gandalf’s for Gollum. He acknowledges the small possibility of this, but it is still there. Because he refuses to abandon it, the Elves in Mirkwood treat him kindly, and Frodo actively works toward it also. We need to have this same hope for those who appear lost, for as Bilbo and Sam point out, “Where’s there life there’s hope” (Hobbit 288, LotR IV:7, 685).

Galadriel’s words, “on one hand lies darkness, and on the other only hope” (LotR II:8, 367) are also powerful for Tolkien’s world as he and his family lived through the dark years of WWII and for our present day which has witnessed so many senseless acts of hatred and violence.

Dimitra Fimi makes note of the shared faith of Tolkien and the poet Francis Thompson and Tolkien’s admiration of the man’s mystical work, especially noting from The Kingdom of God:

These words remind me of two more times during the War of the Ring where hope is strongly present. As the siege of Minas Tirith is about to start, with no sign of hoped-for reinforcements, Pippin perceives that Gandalf remains joyful inside. The wizard has faith in his Creator and His plans, so he does not perceive just the dire straits of the present but beyond them to the future. Denethor says such “hope is but ignorance” (LotR V:7, 835). But it is not. It is faith and trust. Because Gandalf hopes, Pippin hopes. This also brings to mind the profound experience that Sam has upon seeing the star in Mordor, which shows him that while he and Frodo toil in darkness on the ground, there is beauty far above that evil cannot touch or mar. The words Thompson uses bring to brighter light the deep hope Gandalf and Sam both have that the present darkness is not all there is.
.
Click Here to Continue Reading »
Posted: 3:18 PM No comments:

My Thoughts on The Hobbit: The Battle of the Five Armies – Official Main Trailer

Earlier, Warner Bros. released the official trailer for The Hobbit: The Battle of the Five Armies. The trailer opens somberly with numerous characters addressing Thorin, reminding him of the promises he has made and the terror he has unleashed. We do not see Smaug in this trailer, which leads me to believe his defeat will occur sometime in the first part of the movie, leaving the majority of the film to focus on the titular battle as everyone seeks to defend what they have reclaimed.

We get a quick glimpse of Saruman ("leave Sauron to me") which is probably my favourite part of the trailer. While those who have already read Tolkien's books or seen Jackson's Lord of the Rings trilogy know that Saruman is working with the Dark Lord, I cannot wait to see more of the White Council and Saruman's growing betrayal of his Order play out on the big screen. Of all the material that's been added, whether it be from the appendices or made up entirely, this is the one I am most interested in. (Sometimes I wish they'd filmed The Hobbit first, just to make the betrayal all the more shocking to moviegoers who have not read any of the books.)

Of course, we also get a glimpse into the Kili/Tauriel romance; he is seen giving her what is presumably his runestone, and later in the trailer we see her tearfully looking up from what appears to be Kili's body. I stand by my belief that it is an unnecessary love story, but at the same time, it will certainly add weight to his death.

As we've come to expect from Jackson and his team, the Battle of the Five Armies is going to be epic – and given that he's had 10 years to improve his skills, I'll wager that this battle will be his most impressive one yet. Between this and the White Council, you can bet I'll be giving this film a chance next month!


Watch the official trailer below and let me know what you think! 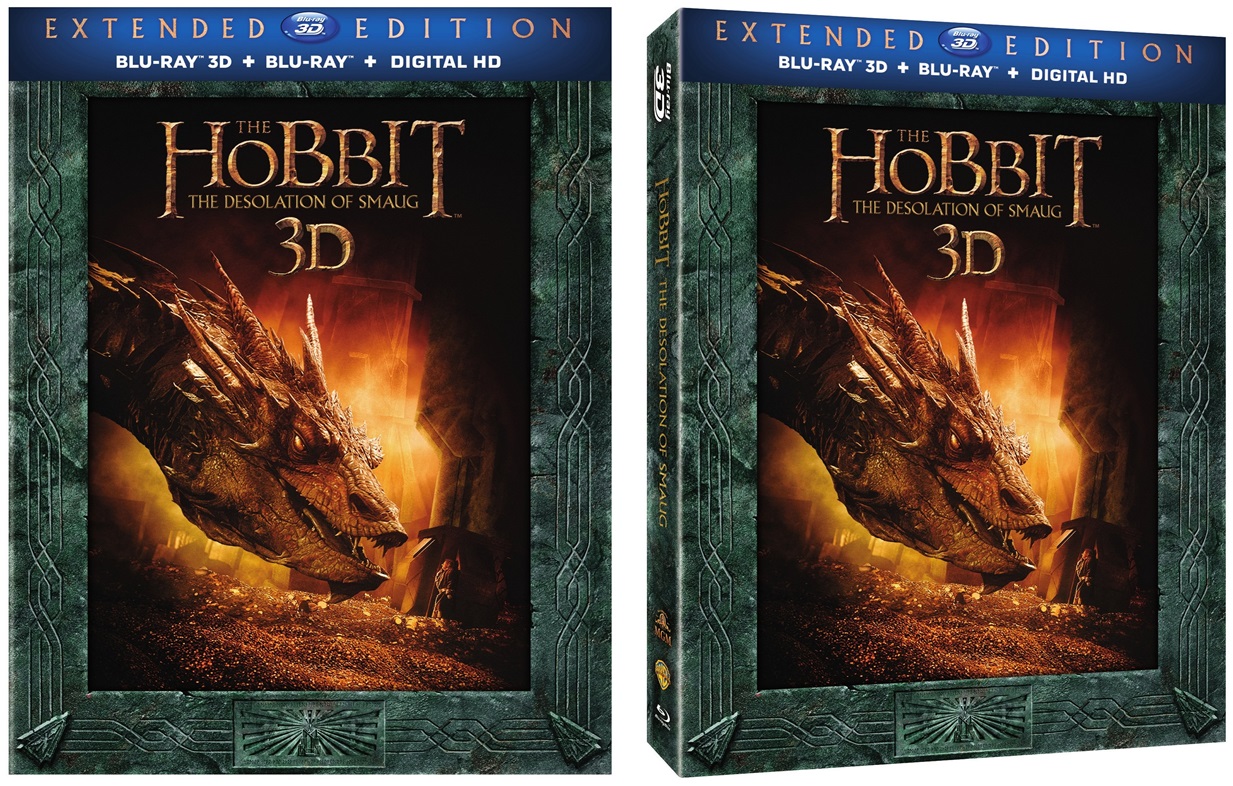 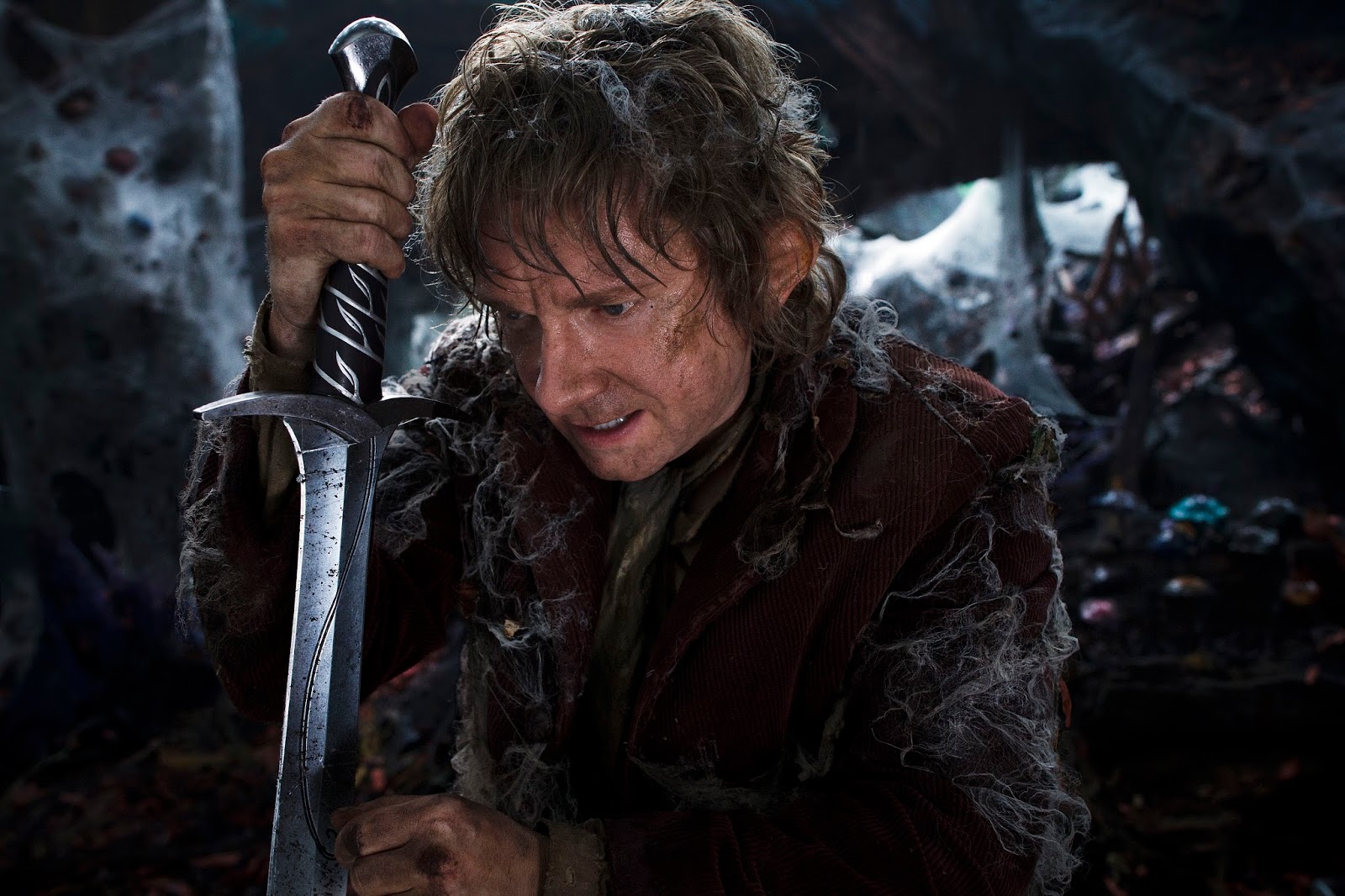 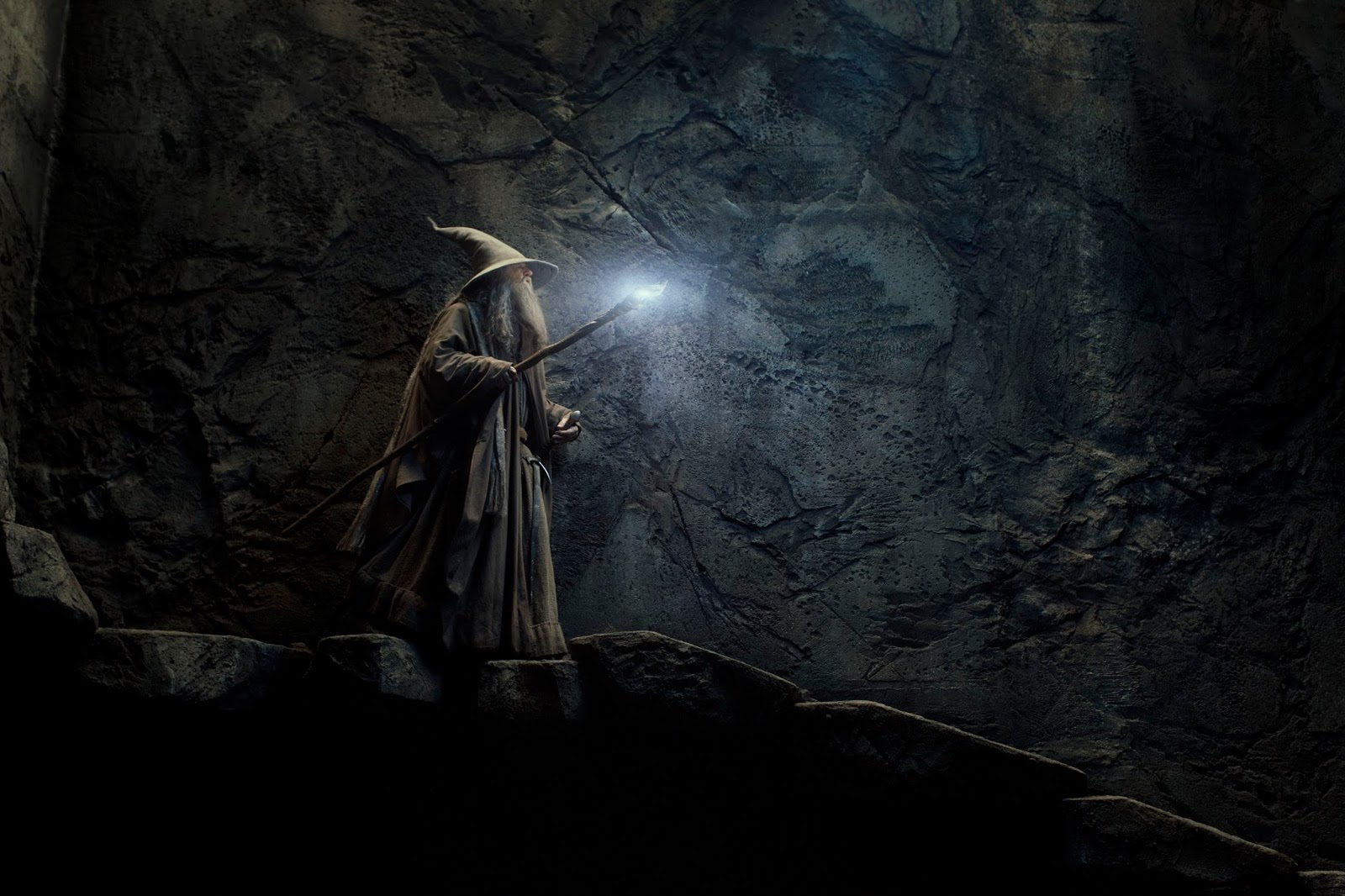 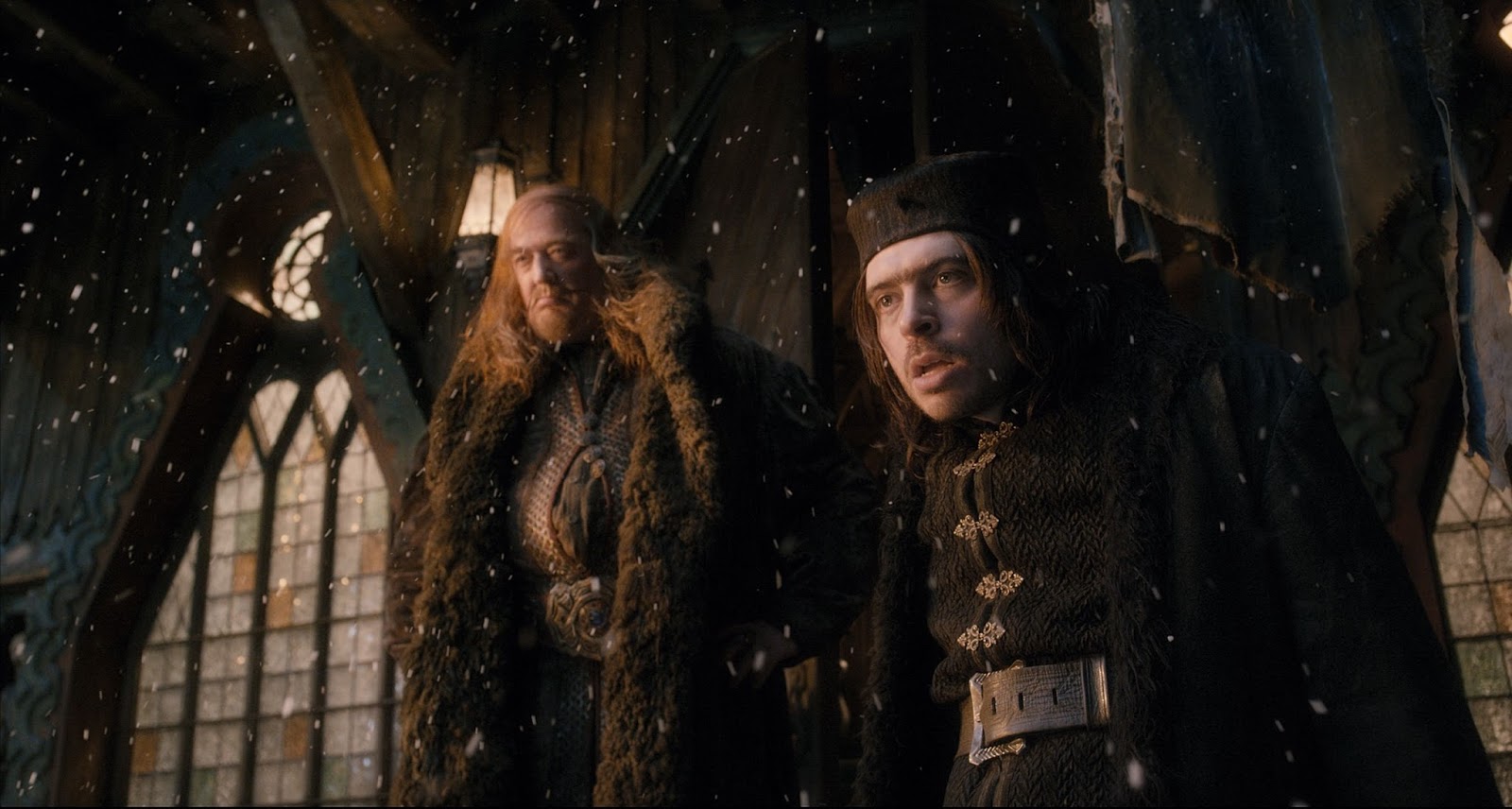