Shopping/collecting on a budget? No worries! Tolkien memorabilia comes in a variety of price ranges! This week, I'm narrowing it down to items under $20, which can be found at most online and chain retailers. 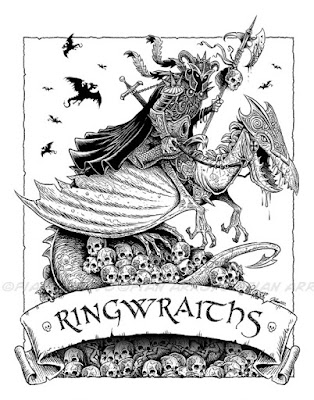 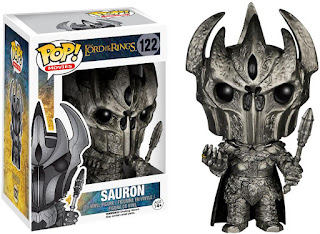 If you've ever wanted to live in your very own hobbit hole, now may be your chance! Florida-based Green Mountain Homes create eco-friendly micro-houses which, being covered in grass and soil to exist as part of the surrounding nature, are reminiscent of Tolkien's hobbit holes.

The company states that these eco-friendly homes can be built in extreme climates, including desert or snow, and are designed to fit an individual's needs or preferences. Depending on the size of the home, assembly can take about three to six days and costs $34.74 per square foot (plus shipping). Additionally, the company will ship to anywhere in the world, making these hobbit homes accessible to every Tolkien fan.

This is something I personally would love to live in; I've always relished the idea of living somewhat minimally, but also living fully immersed in the nature around me. As soon as I can afford some decent land with a beautiful view of New Hampshire's White Mountains, you can bet I'll be looking at getting my own little hobbit-hole from Green Mountain Homes!

For more information and pictures, visit the company's website at Green Magic Homes.

This week, I'm focusing on books – with an emphasis on those "must-haves" for either your own collection or that of a loved one who really enjoys Tolkien and deserves a nice edition (or several!). 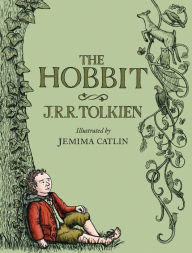 This week's theme is my favourite: jewellery! There are so many unique and incredible film replicas and pieces inspired by the books that will excite the male or female Tolkien fan in your life. 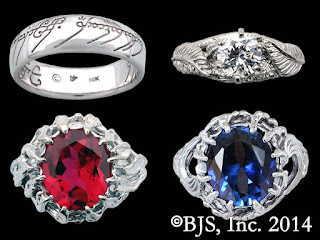 Rings of power (and more!) from Badali Jewelry.

I'm ashamed to say it's taken me so long to try out Middle-earth: Shadow of Mordor; but such is life sometimes. I purchased the PC version through Steam last year after receiving a gift card for Christmas, but my laptop has neither the space nor the capability of handling newer games like that. (I'm still surprised it can even handle LOTRO, at this point.)

Thankfully, my boyfriend purchased a PlayStation 4 about a week or so ago, followed by a massive ultra-HD TV. Needless to say, I immediately purchased the Game of the Year edition. Below is a quick test video of me learning the controls. I never played the Assassin's Creed games, and it's been years since I played on a console (I'm more of a PC person), so pardon any goofs!


While I do plan on writing a more in-depth blog post concerning my initial reaction to the game, I wanted to share my impression so far. I've only had about twenty minutes of gameplay, but I think that was all I needed to come to a conclusion about this game.

Obviously, canon is going to be somewhat of an issue here; but the initial story has been so compelling that I am very willing to overlook whatever deviations may arise. I already knew the premise of the game, but watching it play out in front of me was a surprisingly emotional experience. I was immediately hooked.

The gameplay is phenomenal, and not too difficult. As you can see in the video above, I'm still learning some of the controls and combos. My favourite part so far has been sneaking up behind enemies and taking them out when they least expect it.

I'm hoping to post more gameplay videos once I get more comfortable (and better!) at the game; follow my YouTube to keep up with my latest updates!