This past Thursday, I went back to Grim North Tattoo and Piercing in downtown Portsmouth, NH, where Joshua Belanger has been finishing up his apprenticeship. I had e-mailed him a couple of ideas all based around the same general concept: Herugrim, the sword of Théoden, with either simbelmynë or his helmet underneath. Josh's design certainly didn't disappoint! 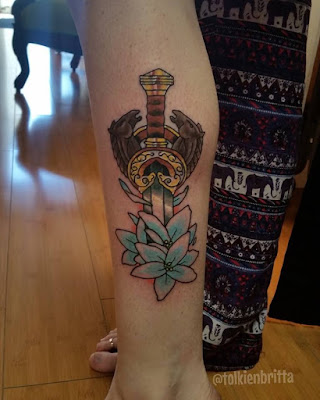 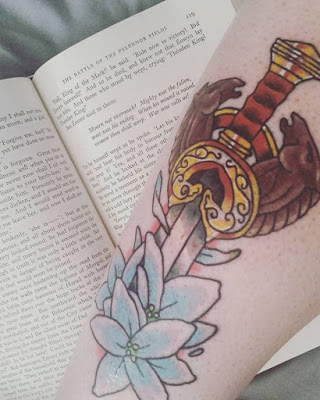 In all, it took about 5 hours to complete, but it was so worth the discomfort (my poor hip was bruised from laying on it for so long). I am already thinking up new ideas for Josh to tackle sometime in the (hopefully near) future.

Friends and tattoo lovers in the NH area, check out Grim North Tattoo and Piercing. They were just rated #2 in the state!