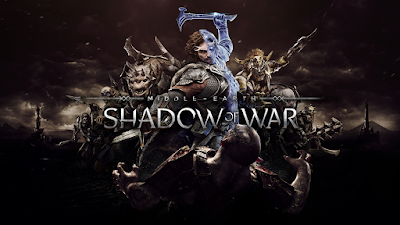 If you're attending SDCC this weekend, be sure to stop by the Shadow of War panel!
Posted: 11:29 AM No comments:

Middle-earth themed MMORPG The Lord of the Rings Online recently celebrated its tenth anniversary; following this milestone and five expansions packs' worth of adventures, players will finally be able to journey into Mordor with the game's upcoming Mordor expansion, which is slated for release on July 31st.

In an interview with MMO-Central, Standing Stone - the company which took over the game after Turbine switched over to mobile gaming - explained that the adventures will take place after the One Ring has been destroyed by Frodo and Sam.

“The reason that we can enter Mordor and not interfere with Frodo and Sam’s mission is because the majority of the Mordor expansion is going to take place after they’ve already gotten to Mount Doom. It would not be appropriate, I don’t think, for adventurers to be gallivanting in Mordor concurrent with Frodo and Sam doing their thing,” Jeff Libby said. “Fairly early on in the expansion, I think you’ll see that things get sorted out in a way, and then Mordor is our oyster.” (Check out the full interview here!) 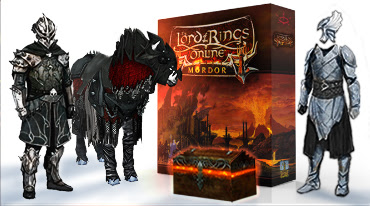 LOTRO's Mordor expansion comes with a slew of new features, including:

The expansion will be available in the LOTRO store following Update 22 this winter:

For now, players can purchase one of three editions of the game:

Will you be journeying into Mordor? And if so, which edition will you choose?
Posted: 6:44 PM No comments:

Back in September, myself and a few others compiled a list of Lord of the Rings themed Funko Pop! Vinyl figures we hoped would eventually be made, since the company had only put out a very limited line of Hobbit figures and one from The Lord of the Rings.

Since then, Funko has released a new line of figures, including such characters as the Balrog, a Nazgul (in regular and twilight form), Frodo and Sam, Gandalf, and Saruman. Additionally, a San Diego Comic Con exclusive featuring Aragorn and Arwen was also revealed; but beyond that, there's no word as to whether Funko will continue to put out more characters from The Lord of the Rings (though at this point I would be surprised if they didn't, since this line has been so well-received). 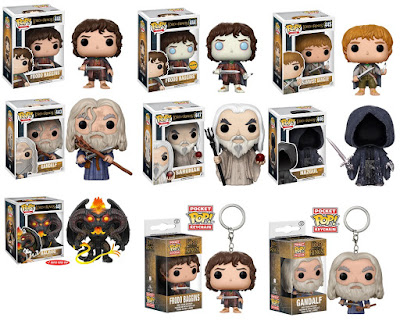 In any case, I decided to update my list and jot down a few characters I'd still really love to see in Funko Pop! form someday – but this time, I found myself thinking in general terms, and not just in regards to Peter Jackson's films. I came up with a ton, but narrowed it down for the sake of this post.

Here's a "Top Ten" list of my design – I'd love to hear your choices in the comments below:

From The Lord of the Rings Films
Other Licenses
Misc.