During my vacation last week, my boyfriend and I spent three days in the White Mountains/western Maine area to celebrate our eight year anniversary. We've made this a tradition over the last few years, as there's plenty of gorgeous scenery to enjoy in Maine and Northern New Hampshire; and there are several bookstores that I can't always get to, aside from during these trips.

Our first stop on the way was The Maine Bookhouse in Oxford, Maine. The owner, Harry, was about to close up shop, so to avoid wasting his time, I simply inquired as to what Tolkien items he had. He immediately remembered me and began searching behind his desk for me while I browsed the usual section, and when I came back, he had pulled out The Lord of the Rings on audio cassette. He mentioned the possibility of having more tucked away somewhere, and that he would try to dig them out for me if we came by later. 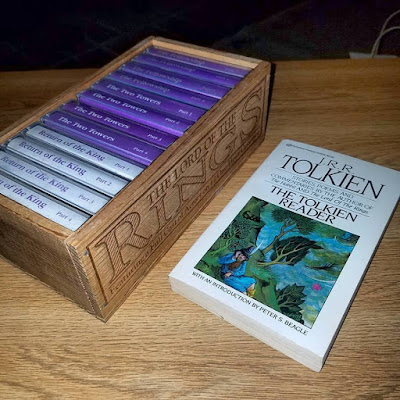 THE LOCAL BOOKIE
The next day, we ventured into my favourite town of North Conway, New Hampshire, where we hit another of my regular bookstores: The Local BOOKie. The woman I usually deal with, Karen, happened to be off that day, but Pat was just as delightful and shed some light on just how much effort Karen puts into each and every book that comes into her store. I only ended up with one book I didn't already have – The Two Towers – but I managed to replace a bunch of worn copies and also stock up on some books for future giveaways/trades/etc. 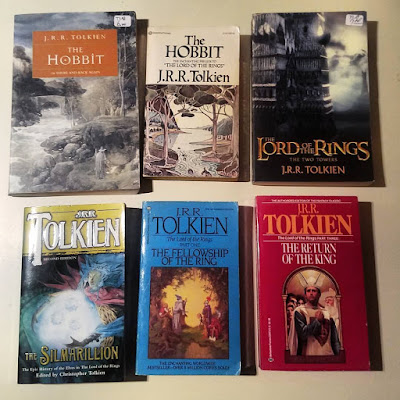 Our last shopping spree was in Norway, Maine, just down the street from Oxford. Harry had told me before that The Maine Bookhouse had opened up a sister store, Food For Thought, and we finally had a chance to check it out. I asked the woman (whose name I unfortunately didn't catch, but she was wonderful!) if she knew of any Tolkien items, and she pulled out a few items I already had... but then she showed me Lin Carter's A Look Behind the Lord of the Rings in a different version than what I had and a different version of The Hobbit (1977) soundtrack on vinyl that I obviously couldn't turn down!

Down the street was Dragon's Lair comic shop, where I picked up The Hobbit Monopoly. Then we made our way back to The Maine Bookhouse. Harry wasn't there, but the woman who was, Jolene, pulled out two items he had set aside for me: The Hobbit on audio cassette and The Tale of Beren and Lúthien on vinyl, read by Christopher Tolkien.

Our final stop was Route 26 Antiques, where I scored well on books last year. This year I found none, but I managed to get three action figures (Twilight Frodo, Frodo in the Barrow-Downs, and a Haradrim Warrior). As we were leaving, my boyfriend spotted two Balrog figures – a bust from Gentle Giant and a polystone statue from Sideshow Collectibles – both at extremely reasonable prices. He ended up grabbing those as my big anniversary gift. 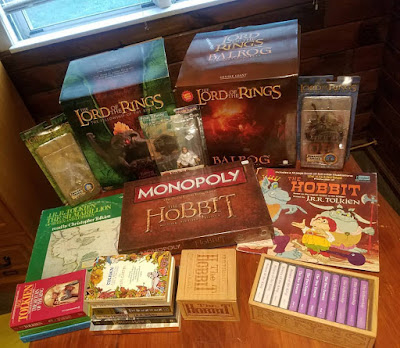 Overall, it was an extremely fruitful trip. We did a lot of other fun things as well, but this was definitely a highlight. I'd also like to give a huge shout-out to my boyfriend, not only for putting up with me and my Tolkien obsession for eight years, but for going out of his way to actively support and encourage my collecting habit the way he does is really special.
Posted: 10:14 PM No comments: 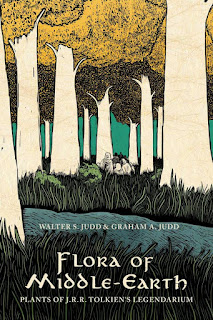 Ever wondered what coffee in Middle-earth might have tasted like? I was actually thinking about this the other day, and then happened to stumble upon an article about an upcoming book from University of Florida botanist Walter Judd. In Flora of Middle-earth: Plants of JRR Tolkien's Legendarium, from Oxford University Press, Judd answers that burning question in addition to analysing over 160 other plants – either real or based on real species. Each entry features woodcut-style illustrations by Judd himself, very much in the style of what you might find in a hobbit's book of flowers.

Tolkien was quite fond of nature, as you'll find in reading The Lord of the Rings especially; so it's no wonder there's enough material to devote an entire book to!

A Beginner's Guide to Comic Con

What once started as an outlet for comic book collectors to meet up and indulge in their passion together has evolved into so much more. "Comic cons" now cater to all genres of entertainment – sci-fi/fantasy, horror, anime, film, TV, music, and more. Some simply have a presence at conventions, while others are the sole focus of these events. Whatever the case, if there's a fanbase for it, there's probably a convention for it.

With all these choices out there, conventions can be pretty overwhelming, even for the seasoned attendee! I've put together a short Beginner's Guide to Conventions, based on my own experiences, to help you prepare for and navigate through these events.

CHOOSING AND PREPARING FOR A CONVENTION